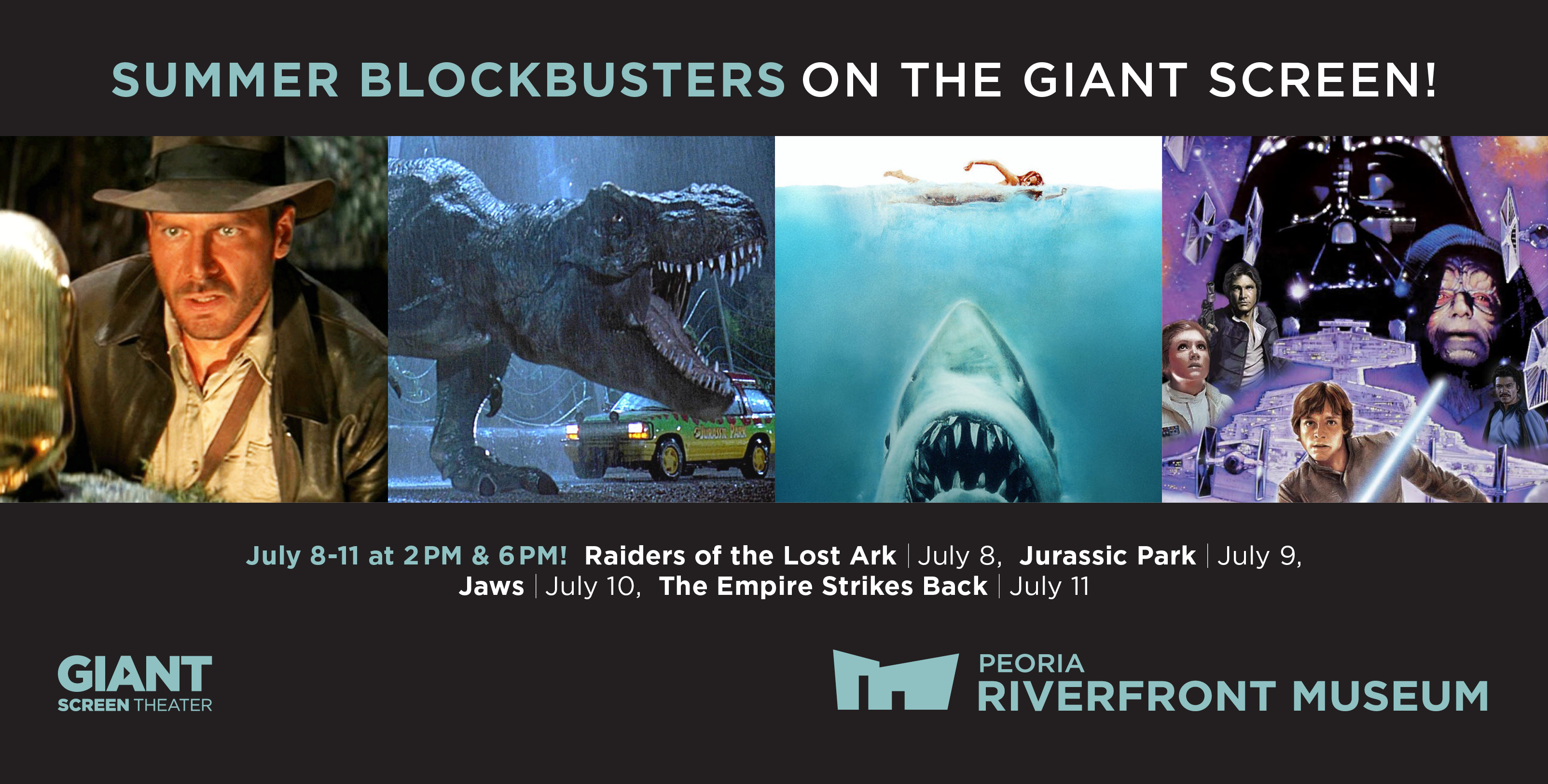 Raiders of the Lost Ark

In 1936, archaeologist and adventurer Indiana Jones (Harrison Ford) is hired by the U.S. government to find the Ark of the Covenant before Adolf Hitler's Nazis can obtain its awesome powers. Directed by Steven Spielberg, 1981. 1h 55m. Rated PG.

When a killer shark unleashes chaos on a beach community, it's up to a local sheriff (Roy Scheider), a marine biologist (Richard Dreyfuss), and an old seafarer (Robert Shaw) to hunt the beast down. Directed by Steven Spielberg, 1975. 2h 4m. Rated PG.