Jurassic Park on the Giant Screen 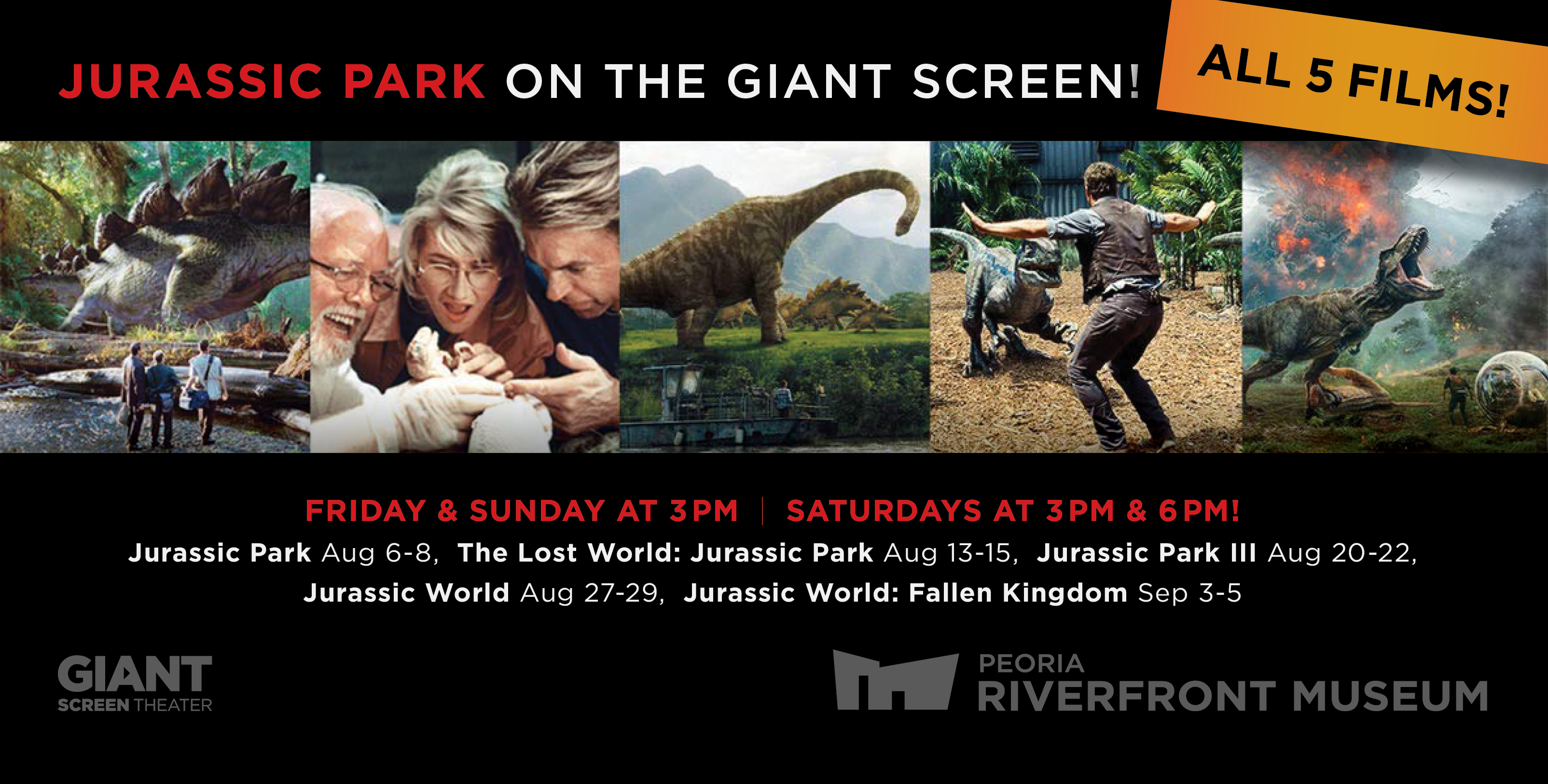 John Hammond (Richard Attenborough) summons chaos theorist Ian Malcolm (Jeff Goldblum) to his home with some startling information -- while nearly everything at his Jurassic Park had been destroyed, his engineers happened to have a second site, where other dinosaurs were kept in hiding. It seems the dinosaurs on the second island are alive and well and even breeding; and Hammond wants Malcolm to observe and document the reptiles before Hammond's financiers can get to them. 2h 14m. Rated PG-13.

After being persuaded by a wealthy businessman to conduct an aerial tour of Isla Sorna, InGen's second site for a failed Jurassic Park experiment, Dr. Alan Grant (Sam Neill) discovers the true reason for his invitation. A tragic accident maroons the party of seven, and they must attempt to escape with their lives. 1h 33m. Rated PG-13.

Located off the coast of Costa Rica, the Jurassic World luxury resort provides a habitat for an array of genetically engineered dinosaurs, including the vicious and intelligent Indominus rex. When the massive creature escapes, it sets off a chain reaction that causes the other dinos to run amok. Now, it's up to a former military man and animal expert (Chris Pratt) to use his special skills to save two young brothers and the rest of the tourists from an all-out, prehistoric assault. 2h 5m. Rated PG-13.

Three years after the destruction of the Jurassic World theme park, Owen Grady and Claire Dearing return to the island of Isla Nublar to save the remaining dinosaurs from a volcano that's about to erupt. They soon encounter terrifying new breeds of gigantic dinosaurs, while uncovering a conspiracy that threatens the entire planet. 2h 10m. Rated PG-13.