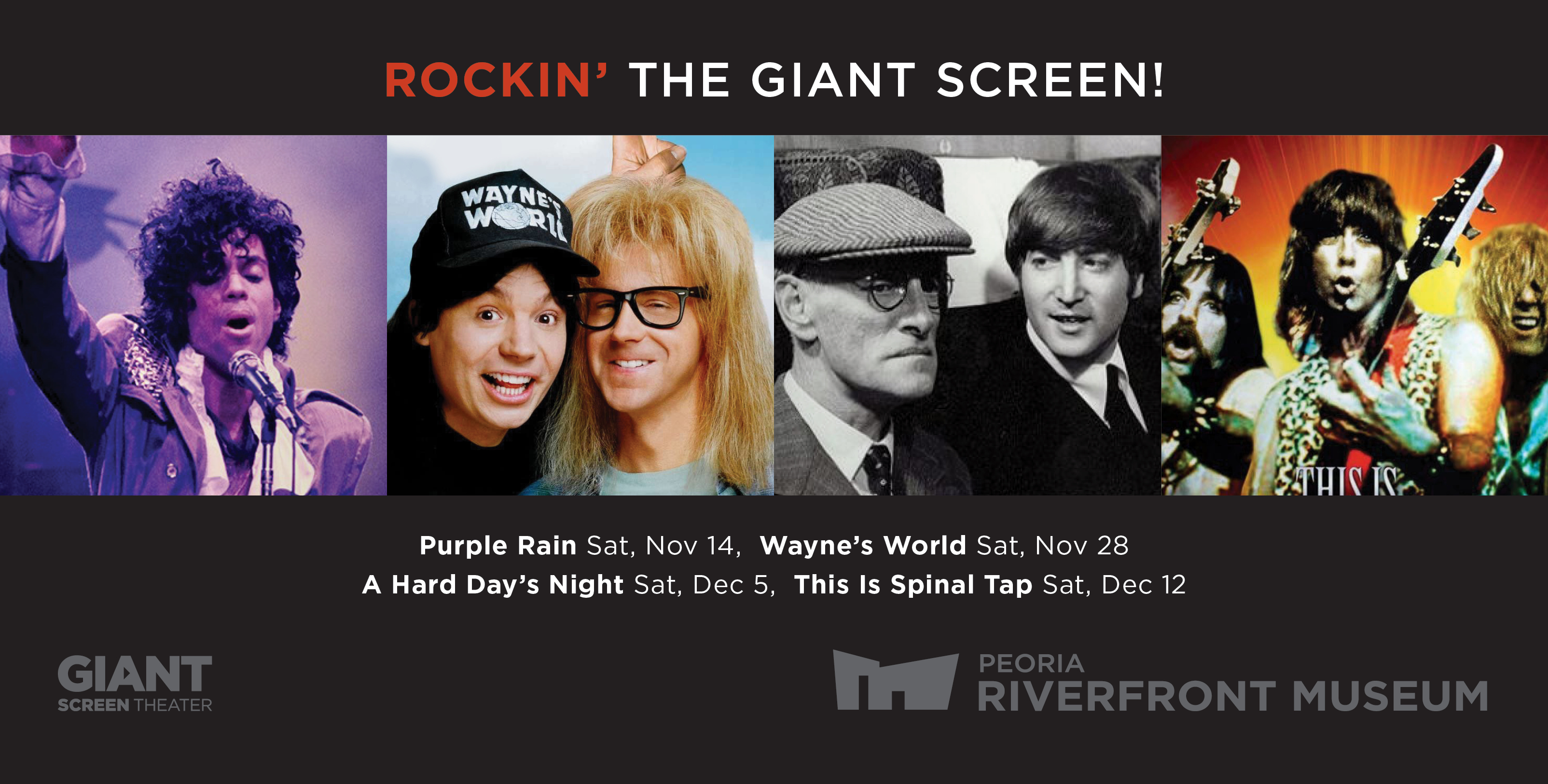 A victim of his own anger, the Kid (Prince) is a Minneapolis musician on the rise with his band, the Revolution, escaping a tumultuous home life through music. While trying to avoid making the same mistakes as his truculent father (Clarence Williams III), the Kid navigates the club scene and a rocky relationship with a captivating singer, Apollonia (Apollonia Kotero). But another musician, Morris (Morris Day), looks to steal the Kid's spotlight -- and his girl. Rated R. 1h 51m.

Wayne (Mike Myers) and Garth (Dana Carvey) own a public access TV show and cannot believe their luck when a local station decides to hire them. Soon, they find out that their show is no longer the same. Rated PG-13. 1h 35m.

Rockin' the Giant Screen | This Is Spinal Tap

"This Is Spinal Tap" shines a light on the self-contained universe of a metal band struggling to get back on the charts, including everything from its complicated history of ups and downs, gold albums, name changes and undersold concert dates, along with the full host of requisite groupies, promoters, hangers-on and historians, sessions, release events and those special behind-the-scenes moments that keep it all real. Rated R. 1h 25m.