Halloween Chillers on the Giant Screen 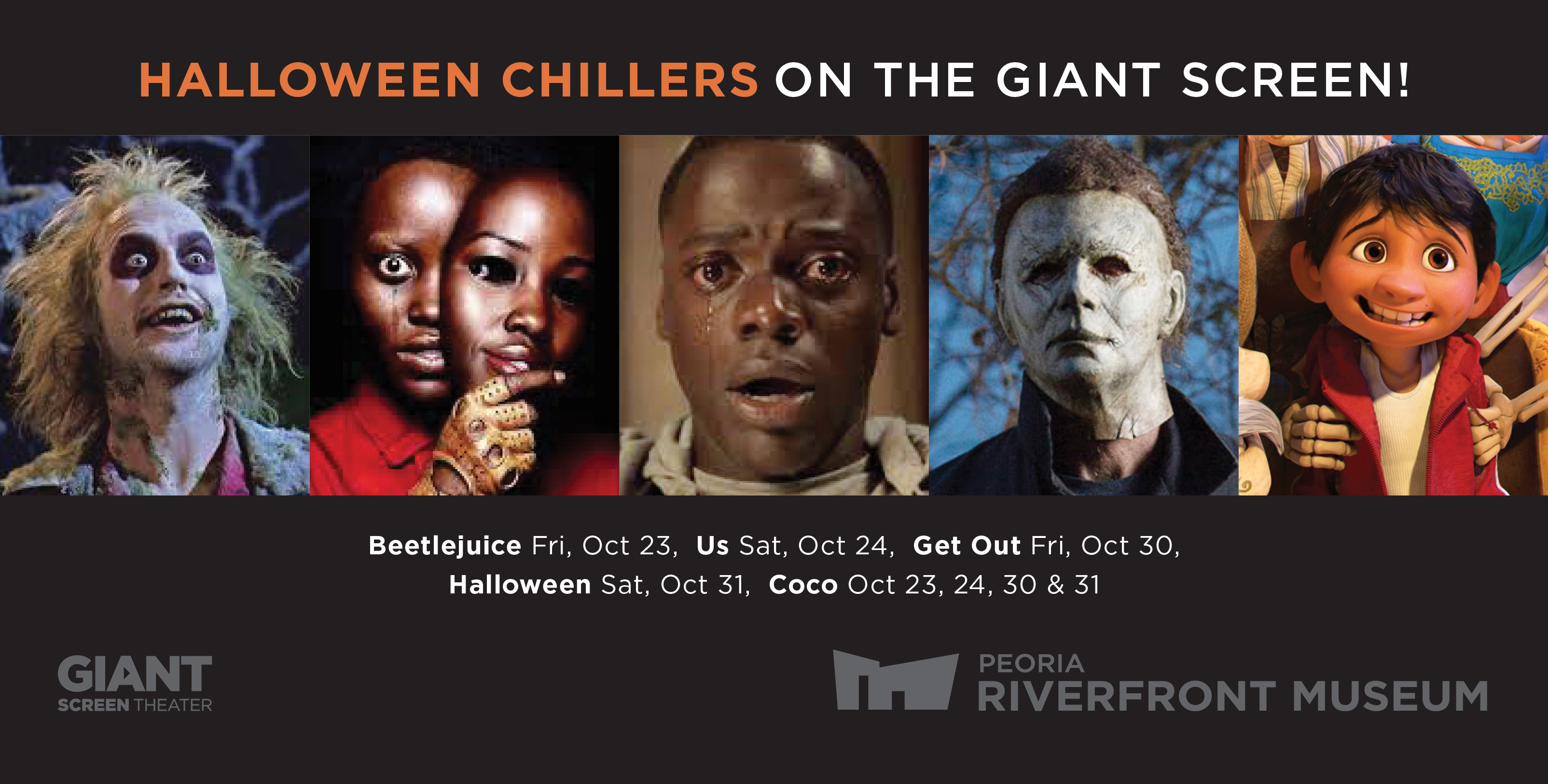 After Barbara (Geena Davis) and Adam Maitland (Alec Baldwin) die in a car accident, they find themselves stuck haunting their country residence, unable to leave the house. When the unbearable Deetzes (Catherine O'Hara, Jeffrey Jones) and teen daughter Lydia (Winona Ryder) buy the home, the Maitlands attempt to scare them away without success. Their efforts attract Beetlejuice (Michael Keaton), a rambunctious spirit whose "help" quickly becomes dangerous for the Maitlands and innocent Lydia. Directed by Tim Burton. 1988. 1h 33m. PG.

Accompanied by her husband, son and daughter, Adelaide Wilson (Lupita Nyong'o) returns to the beachfront home where she grew up as a child. Haunted by a traumatic experience from the past, Adelaide grows increasingly concerned that something bad is going to happen. Her worst fears soon become a reality when four masked strangers descend upon the house, forcing the Wilsons into a fight for survival. When the masks come off, the family is horrified to learn that each attacker takes the appearance of one of them. Written & directed by Jordan Peele. 2019. 2h 1m. R.

The original! On a cold Halloween night in 1963, six year old Michael Myers brutally murdered his 17-year-old sister, Judith. He was sentenced and locked away for 15 years. But on October 30, 1978, while being transferred for a court date, a 21-year-old Michael Myers (Tony Moran) steals a car and escapes Smith's Grove. He returns to his quiet hometown of Haddonfield, Illinois, where he looks for his next victims. Starring Jamie Lee Curtis and Donald Pleasence. Written & directed by John Carpenter. 1978. 1h 31m. R.

Despite his family's generations-old ban on music, young Miguel (Anthony Gonzales) dreams of becoming an accomplished musician like his idol Ernesto de la Cruz (Benjamin Bratt). Desperate to prove his talent, Miguel finds himself in the stunning and colorful Land of the Dead. After meeting a charming trickster named Héctor (Gael Garcia Bernal), the two new friends embark on an extraordinary journey to unlock the real story behind Miguel's family history. Written & directed by Lee Unkrich. 2017. 1h 49m. PG.