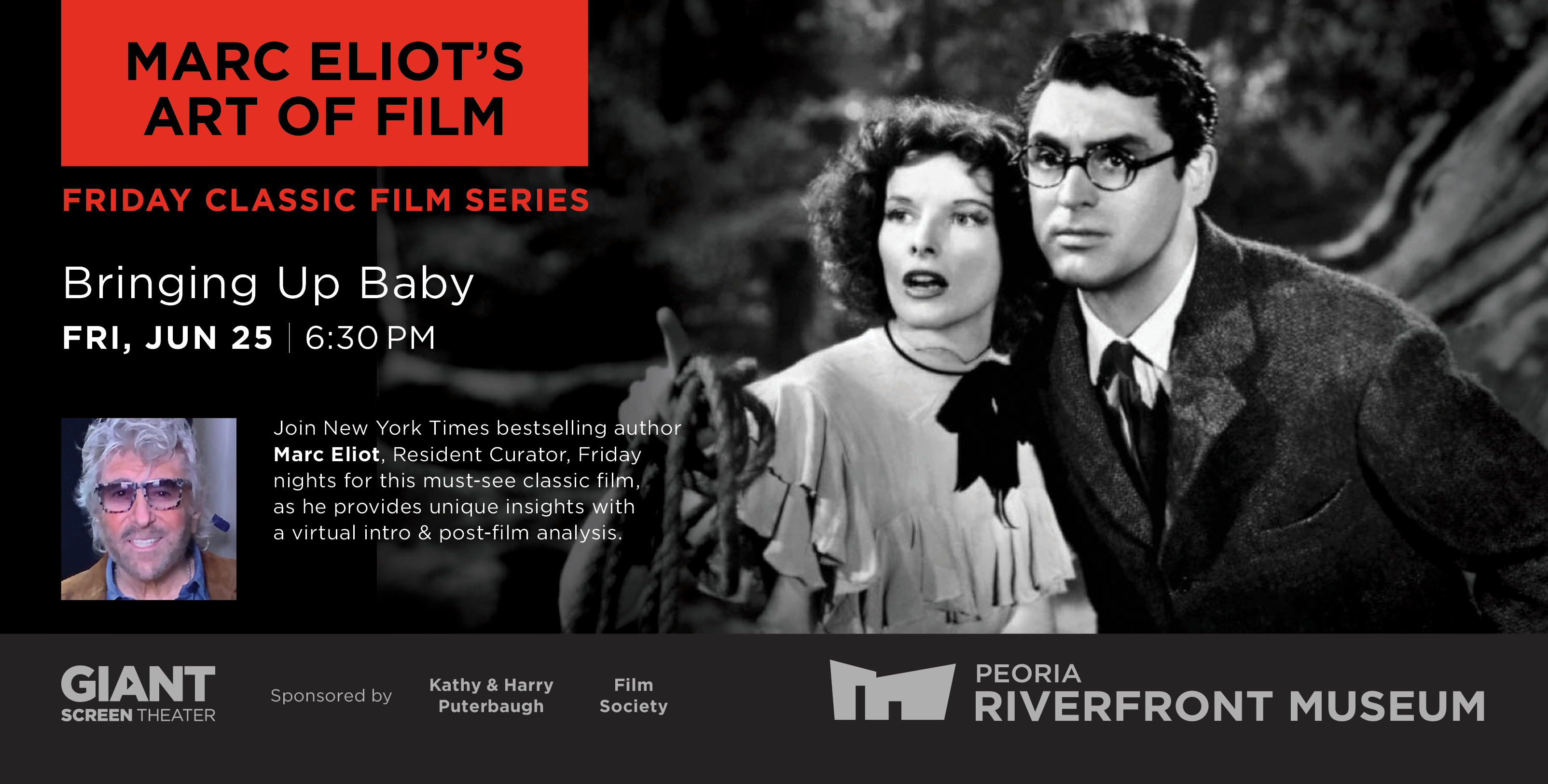 Hawks' comic classic is the film that made Cary Grant a superstar and restored Katharine Hepburn’s badly damaged career. Bringing Up Baby gives us Hawks’ version of screwball comedy, with non-stop action and continual lunacy throughout, overlaid with the most improbable love story. I chose this film to go along with the museum’s current T-Rex exhibition. Hopefully, Riverside’s will last longer than Cary Grant’s. Also watch for the scene-stealing tiger that appears in the midst of the already crazy plot-line. Grant and Hepburn at their best, with each reflecting the other’s always onscreen cool, detached, yet romantic demeanor. A must-see.