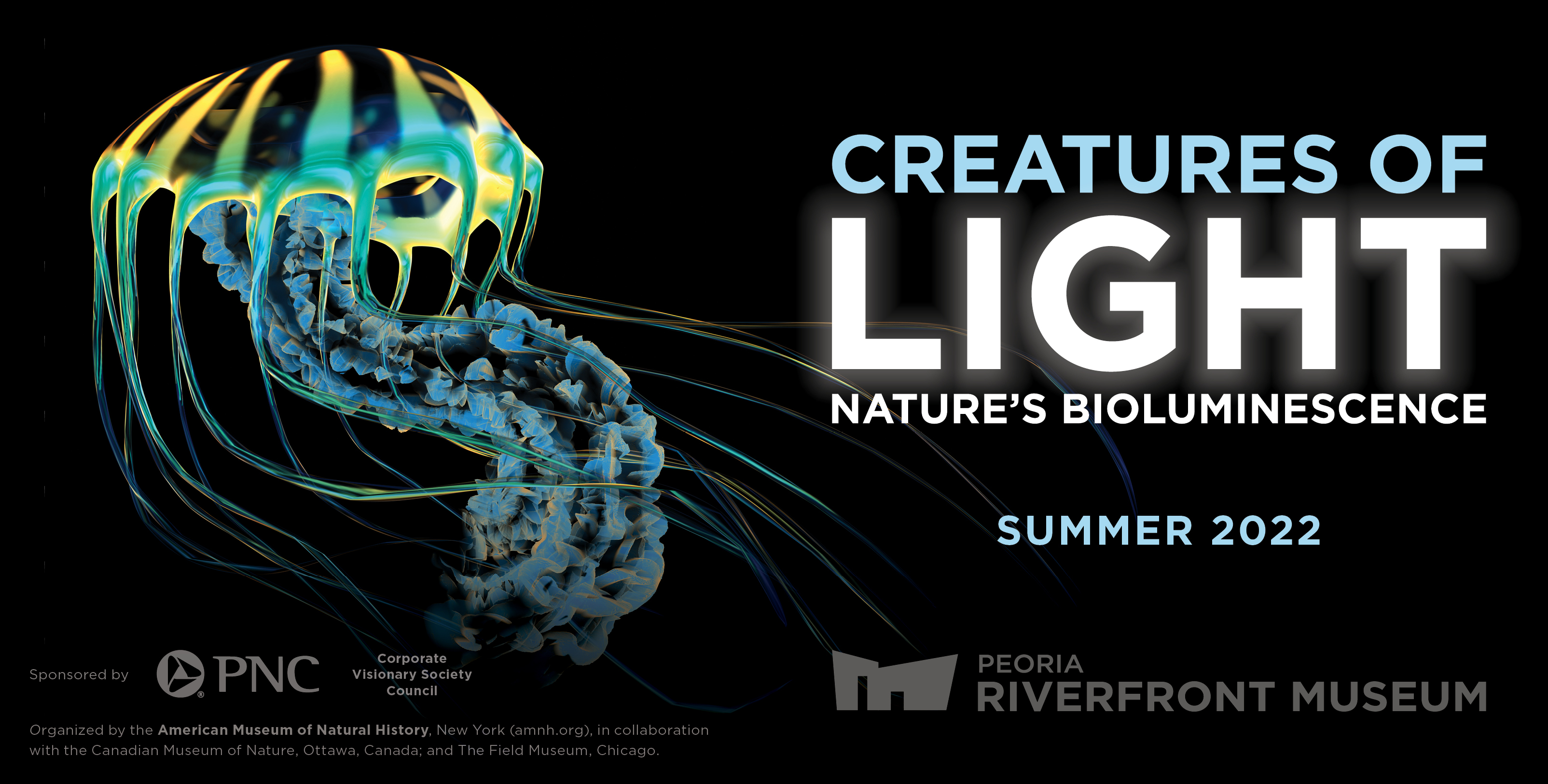 Have you ever captured a glowing firefly? On a warm summer evening, a firefly’s light seems rare and magical. Yet the tree of life is spangled with organisms that blink, glow, flash, and glitter. Welcome to the world of bioluminescence - the generation of light by living things.

"Creatures of Light: Nature’s Bioluminescence" immerses visitors in the extraordinary world of organisms that produce light, from the flickering fireflies (aka "lightning bugs") found in backyards across the Midwest to the deep-sea fishes that illuminate the perpetually dark depths of the oceans. Rare among plants and animals that live on land, the ability to glow - that is, to generate light through a chemical reaction - is much more common in the ocean, where up to 90 percent of animals at depths below 700 meters (2,300 feet) are bioluminescent.

"Creatures of Light" reveals some of the most magical, wondrous, and truly extraordinary creatures and phenomena to be found in the natural world and takes visitors to such fascinating places as a bioluminescent bay and the far depths of the ocean, explain why and how certain animals create "living light," and help us all better understand the vast and glorious ecosystem of which we are just a part.

Eighty percent of all known bioluminescent groups inhabit the world's oceans. At certain depths, nearly all organisms glow. On land, things are quite different. There are bioluminescent fungi and insects, but no flowering plants, birds, reptiles, amphibians, or mammals that glow.

How did bioluminescence evolve? Scientists are still working on this question. But one thing is clear: bioluminescence has evolved independently many times - at least 50, and probably many more. Such widespread occurrence tells scientists that the trait provides an important edge to organisms that have it.

"Creatures of Light" will help answer such essential questions as:

In "Creatures of Light," visitors will move through a series of re-created environments, from the familiar to the extreme, to explore the diversity of organisms that glow and how they do it; discover the variety of ways in which light is used to attract a mate, lure unsuspecting prey, or defend against a predator; and learn how, where, and why scientists study this amazing natural phenomenon.

Creatures of Light: Nature's Bioluminescence is organized by the American Museum of Natural History, New York, in collaboration with the Canadian Museum of Nature, Ottawa, Canada, and The Field Museum, Chicago.