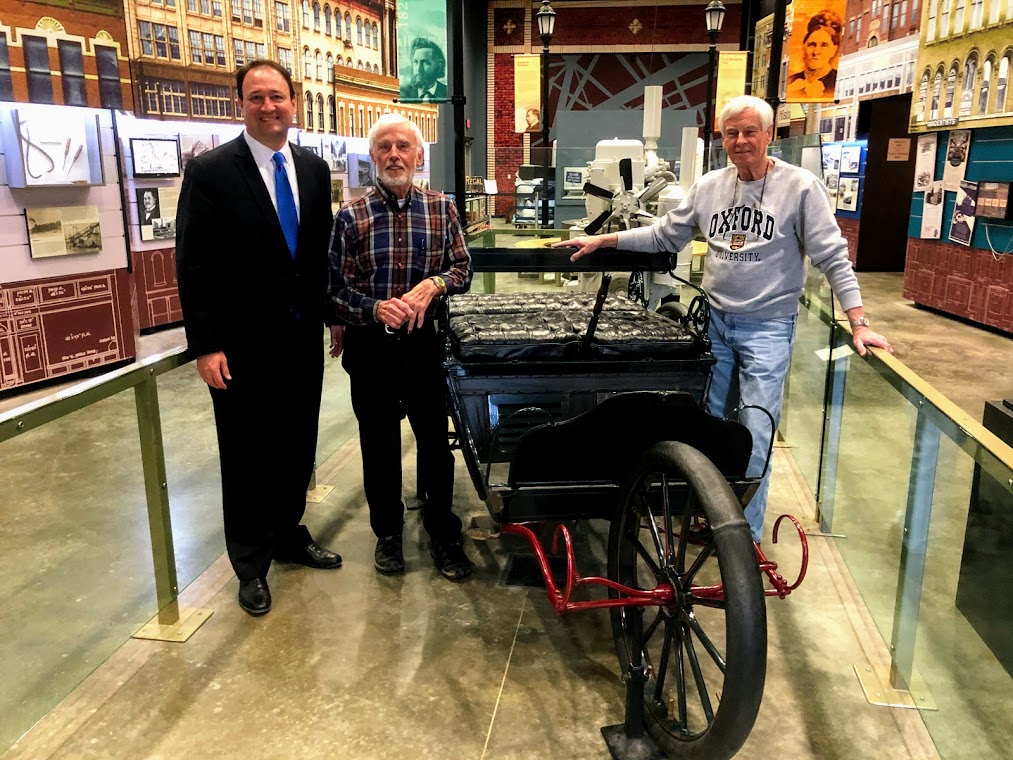 Brothers Charles and J. Frank Duryea are credited as the first Americans to design, mass-produce and market a gasoline-powered car. Born in central Illinois, Charles Duryea was always interested in improving methods of transportation. He worked first on bicycles, partnering with Harry G. Rouse to design bicycles that they built in Massachusetts.

In 1891, Charles moved his family to Massachusetts and convinced his brother Frank to join them. The brothers began working on a compact gasoline engine. Charles returned to Peoria in 1892 to continue in the Rouse-Duryea Co. while Frank stayed behind to concentrate on the engine. In 1893, the Duryea brothers’ car started for the first time.

In 1898, Charles incorporated the Duryea Manufacturing Co. in present-day Peoria Heights and began manufacturing the Peoria Duryea Motor Trap. The driver used the single handle of this two-person car to steer the vehicle, shift gears and throttle the engine.

Charles planned to produce 100 Traps in one year, but financial difficulties and some unfortunate business decisions led to the closing of the company after only a few were completed.