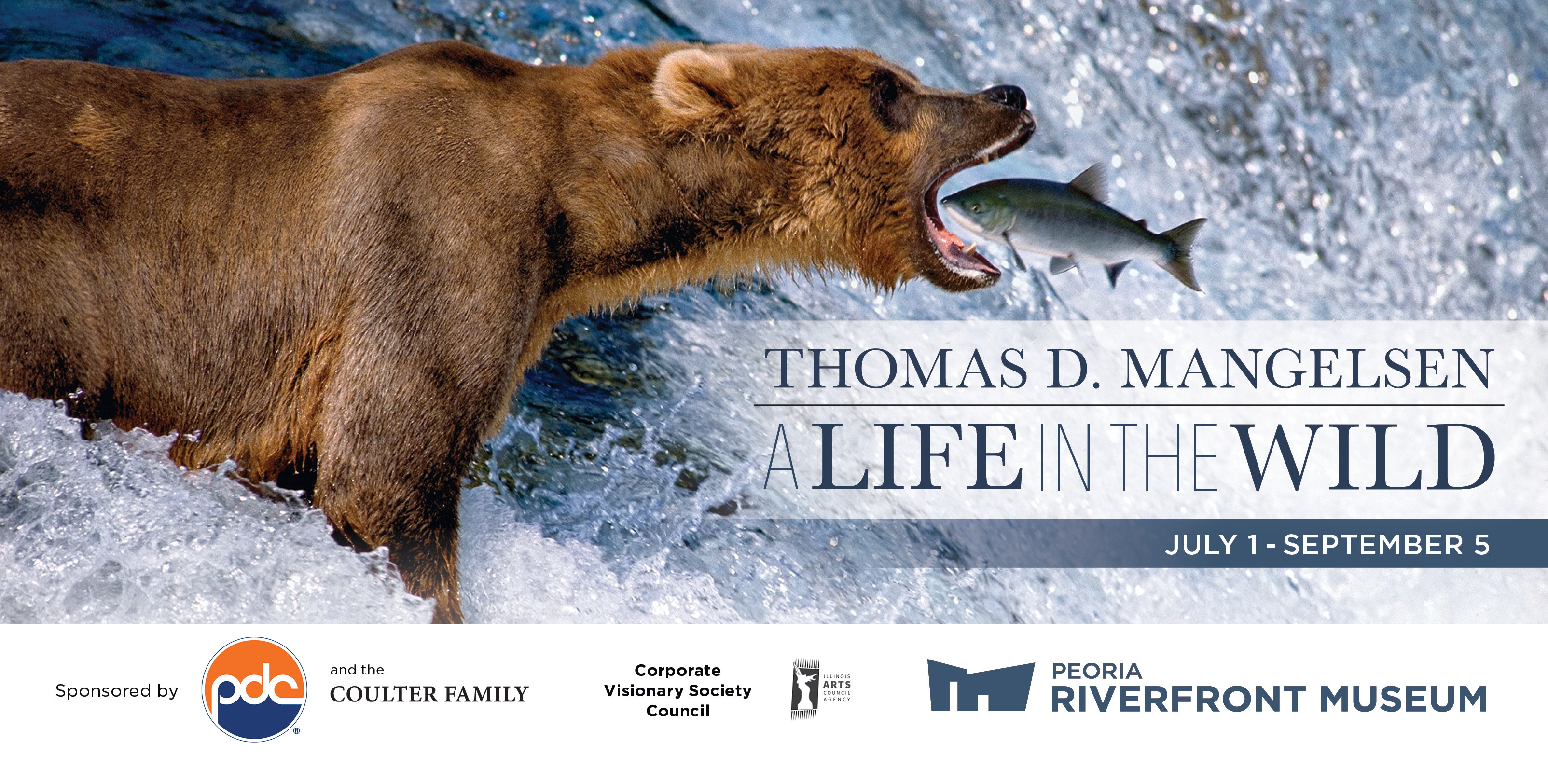 Thomas Mangelsen, perhaps the world's best known wildlife photographer, has produced a legendary body of work through more than 40 years of traveling to the wildest corners of North America and beyond. His work includes truly awe-inspiring landscapes and some of the most recognizable wildlife scenes ever photographed, including many considered the most important of the modern environmental age. This exhibition of Mangelsen’s most iconic, large-scale photographs will open Peoria Riverfront Museum’s newly renovated Illinois River gallery.

Mangelsen's award-winning photography books are available in the Museum Store.