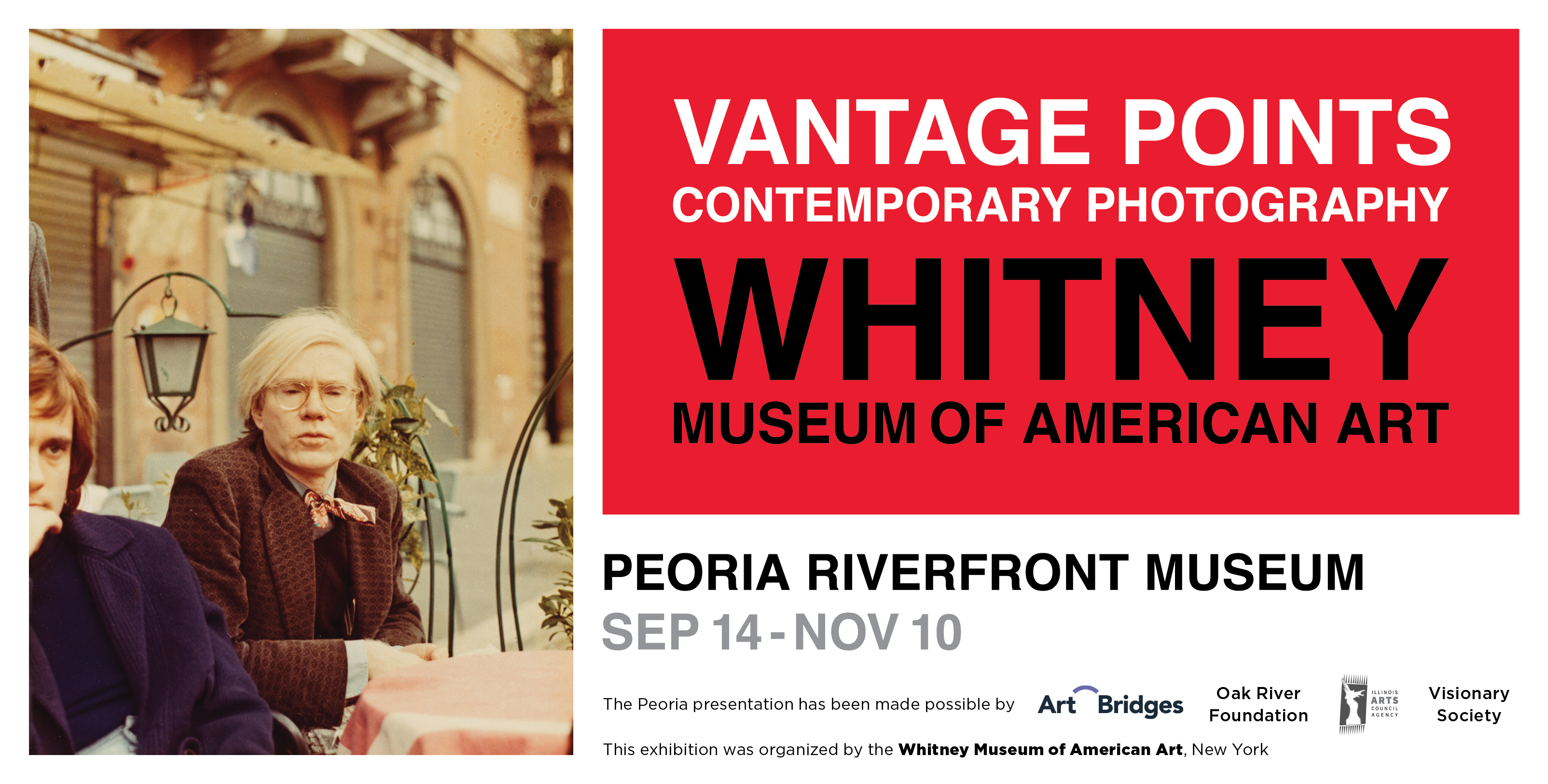 Vantage Points: Contemporary Photography from the

The first exhibition of its kind in the nation, Vantage Points: Contemporary American Photography , is a collaboration between the Peoria Riverfront Museum, the Whitney Museum of American Art , founded by Gertrude Vanderbilt Whitney and regarded as the foremost institution of contemporary American art, and Art Bridges , founded by Alice Walton (daughter of Walmart founder Sam Walton), whose mission is to bring outstanding American art to the public. The exhibition features photographs by 20 of the most influential artists of the 1970s through the 2000s, including Andy Warhol, Robert Mapplethorpe, Sally Mann, Diane Arbus, Gregory Crewdson, William Eggleston, Nan Goldin and Richard Avedon.

The photographs exhibited in Vantage Points span 35 years and represent a rich point in American photography which reveals the expressive capacity of this young medium. These works from 1970s through the early 2000s evocatively explore mythologies, theatricalities, and empirical narratives of identity and location from an American perspective.

The exhibition was organized by the Whitney Museum of American Art, New York, and curated by Carrie Springer, Assistant Curator. Whitney Museum. 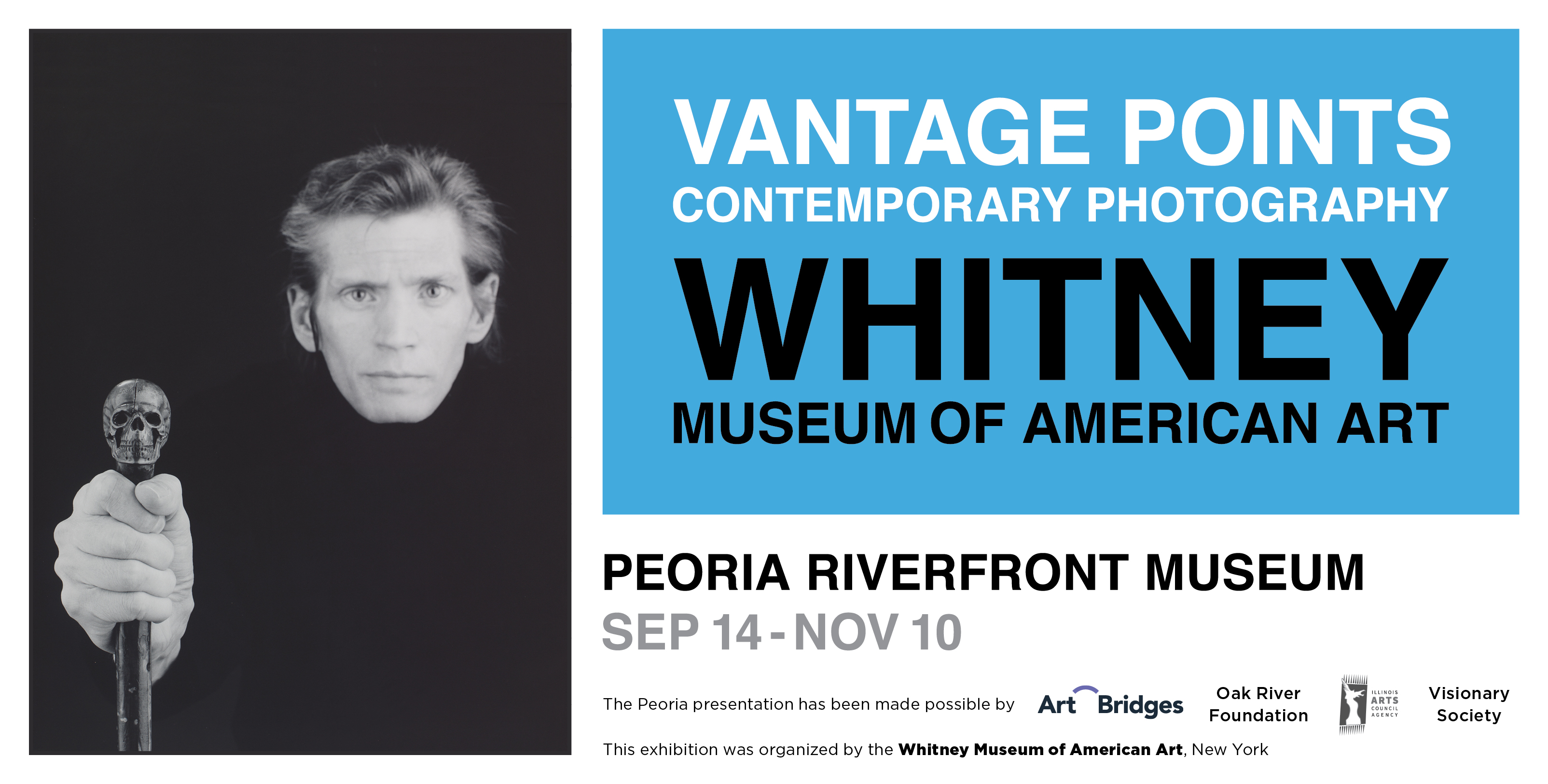