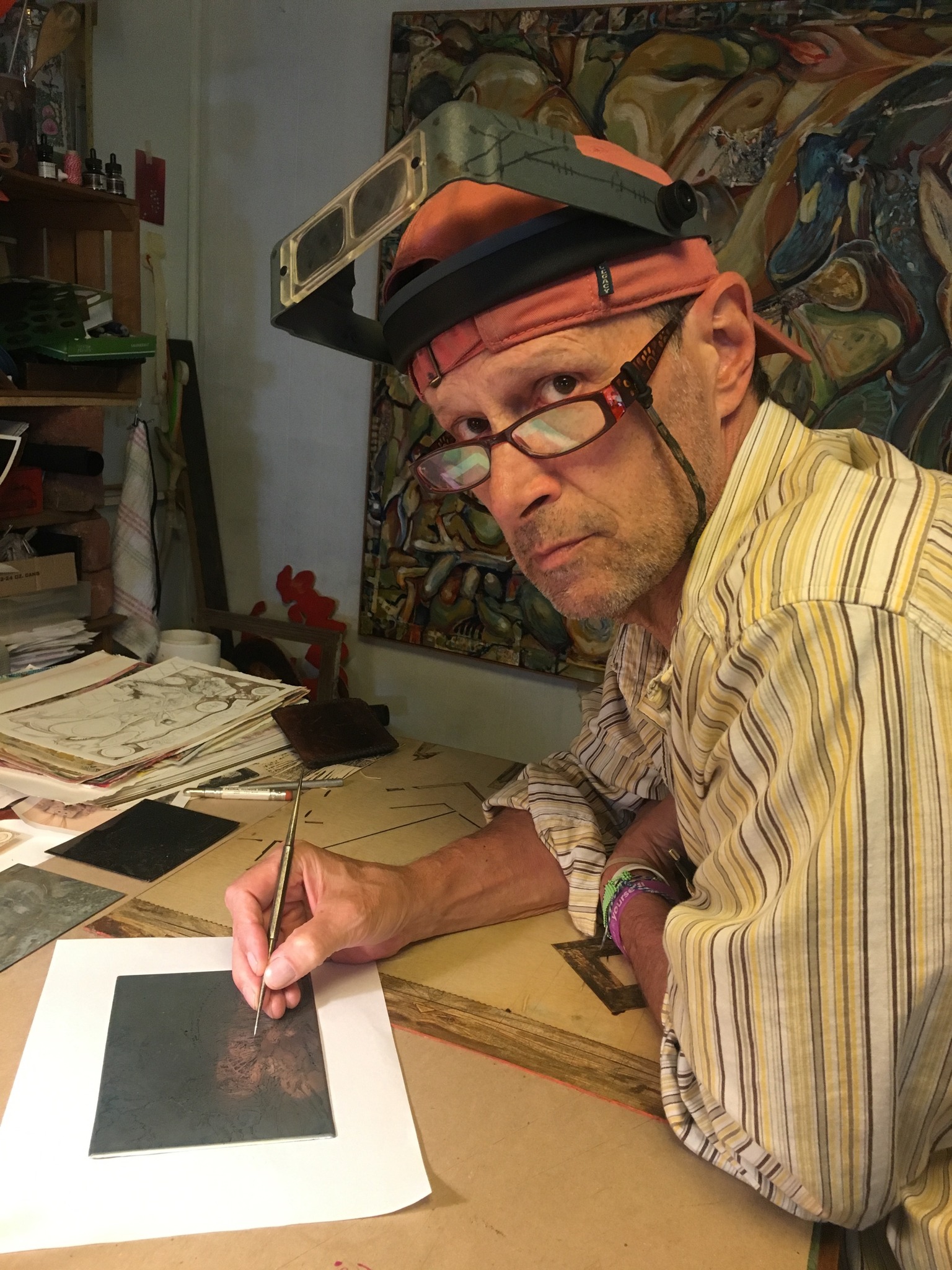 Chris Holbrook (1958-2018) was born in Canton, Illinois and graduated from Bradley University in 1992 with a Master of Fine Arts degree. Following a career in higher education and graphic design, he returned to Bradley in 2006 to serve as an instructor of Art. A prolific and creative thinker, Chris was a dear friend to the museum and local arts community.

The "Currency Series" critiques and examines current events of the time by positioning hybrid animals, bright colors, text, and musical imagery into the compositional structure of currency. Throughout it's history, the iconography represented on the U.S. dollar has been used to convey political statements. When it was originally conceived, intricate designs were strategically implemented to combat British counterfeiting. Through the use of abstract symbolism and minutiae, Holbrook used the concept of currency to convey his personal and often satirical views of the world.

The Holbrook Collection Endowment Fund was established in 2020 by family members and friends of the late Peoria artist, printmaker and Bradley art professor Christopher Holbrook.

The Fund supports the care, acquisition and exhibition of art, including the Holbrook collection given by the family.