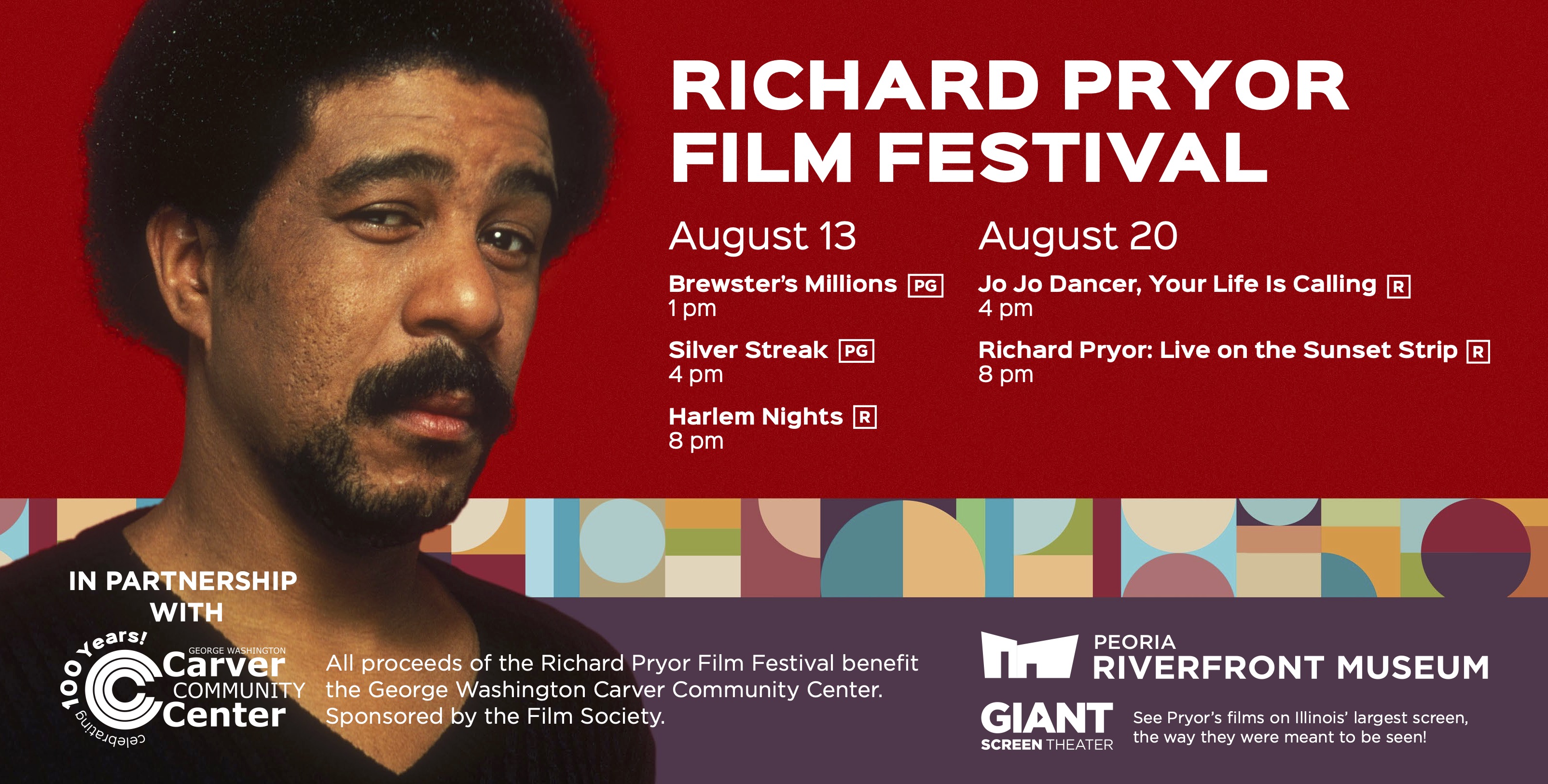 Did you know? Legendary comedian & Peoria native Richard Pryor got his start in comedy at The Carver Center!

Join the Peoria Riverfront Museum and The George Washington Carver Community Center for the Richard Pryor Film Festival, August 13 & 20, 2022! Celebrate the legacy of the world's most famous comedian, Peoria's own Richard Pryor, who influenced the work of all contemporary comedians, as we celebrate the 100th anniversary of the place where it all started, The Carver Center.

See the films that made Pryor famous on Illinois' Largest Movie Screen, the way they were meant to be seen!

Local Peorian and Comedian extraordinaire, Eddy Parker will be MC-ing for both "Jo Jo Dancer Your Life is Calling" and "Richard Pryor: Live on the Sunset Strip." 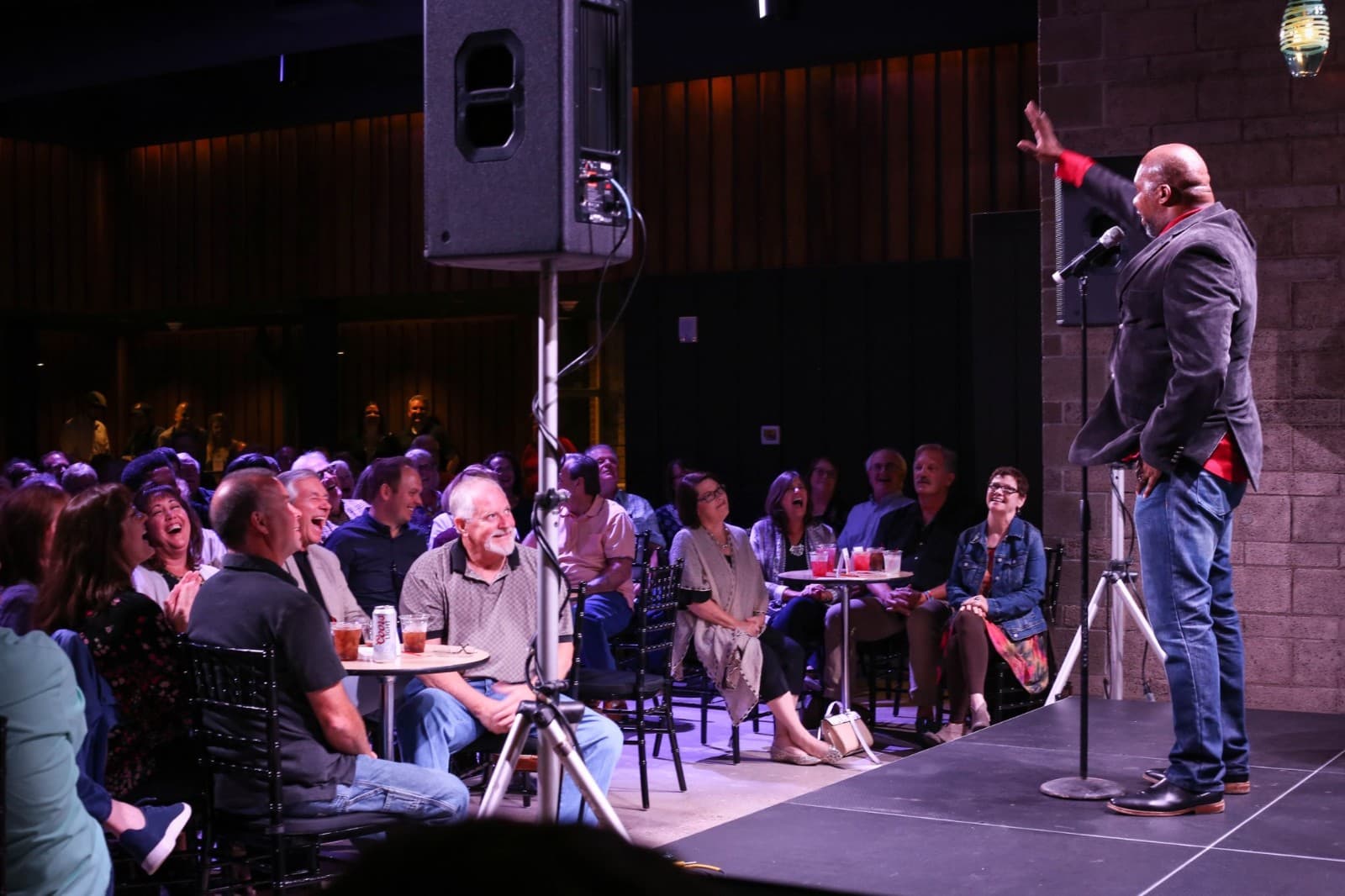 Richard Pryor takes the stage at the infamous Hollywood Palladium in one of his first performances after a well-publicized battle with drugs. Older, wiser and funnier than ever, the venerable comic tells outrageous jokes and a number of moving stories about his personal past -- including one about a life-changing trip to Africa. Pryor's trenchant social commentary touches on an array of subjects, from prison and mobsters to hospitals and cocaine.

Special thank you to AdCo for promotional assistance.