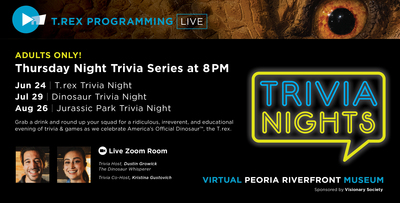 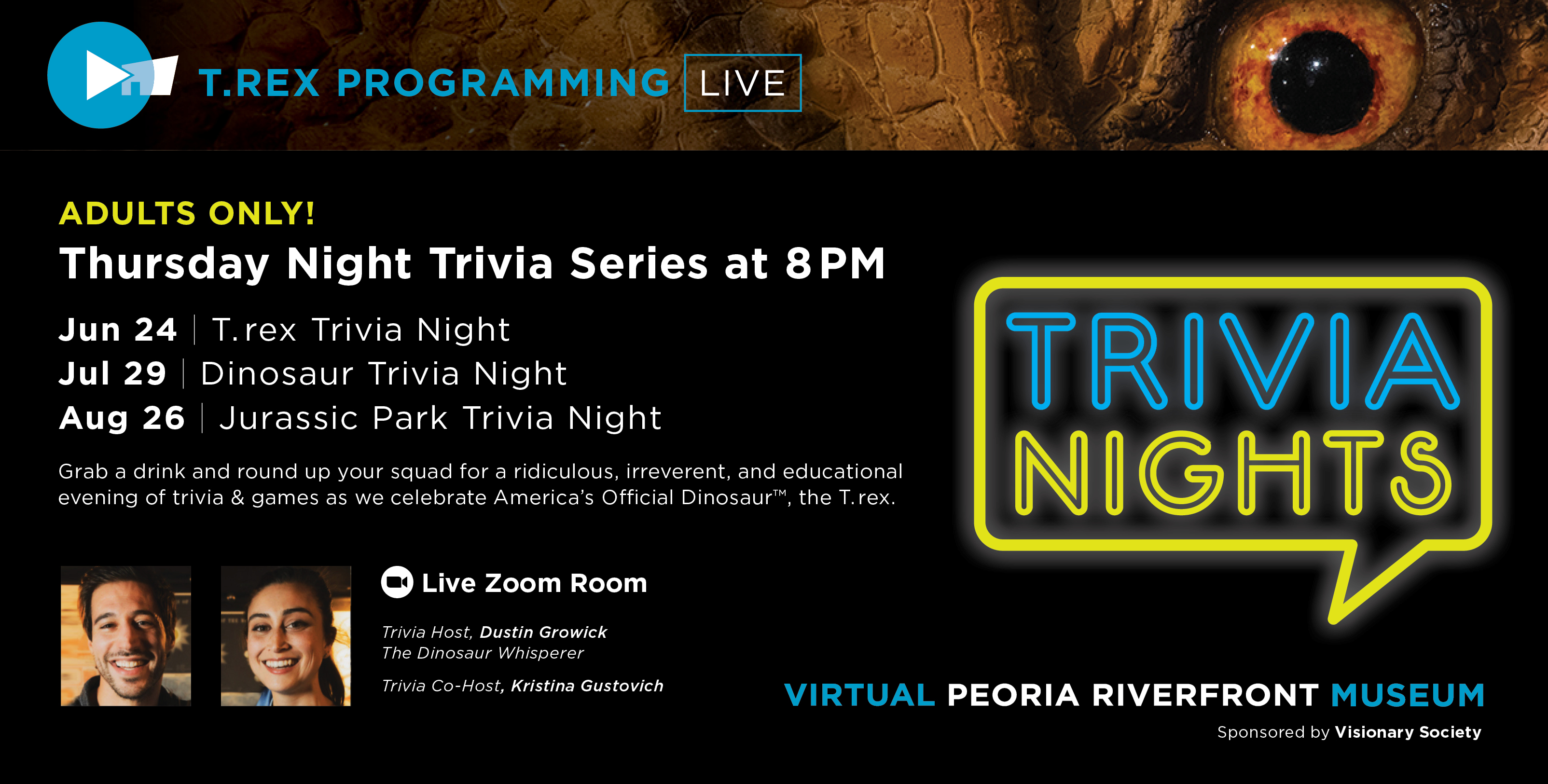 Do you have what it takes to tackle T. REX trivia? Grab a drink, and round up your squad for a ridiculous, irreverent, and educational adults-only evening of trivia, games, and prizes...as we celebrate America's Official Dinosaur™?, the T. REX. Bring your team name ready to go and let the games begin. The champions of trivia night win a chance to come back and defend their title at the next session!

Dustin Growick
After graduating with a M.A. in Socio-Cultural Anthropology from SUNY Stony Brook, Dustin dedicated himself to studying the way science institutions engage, educate, and entertain…from the inside. Then, in the private sector, Dustin helped build Museum Hack into a million dollar tour business while spearheading its consulting work with cultural institutions across the globe. Now operating independently, Dustin creates unique and engaging adult museum experiences that attract new audiences. Additionally, you should know that Dustin really loves dinosaurs—he raced a T. rex on his Youtube channel, created and hosts Atlas Obscura’s Dino 101, and teamed with DK Books to write two dinosaur encyclopedias.