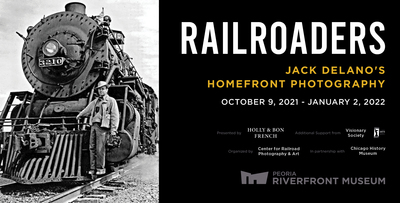 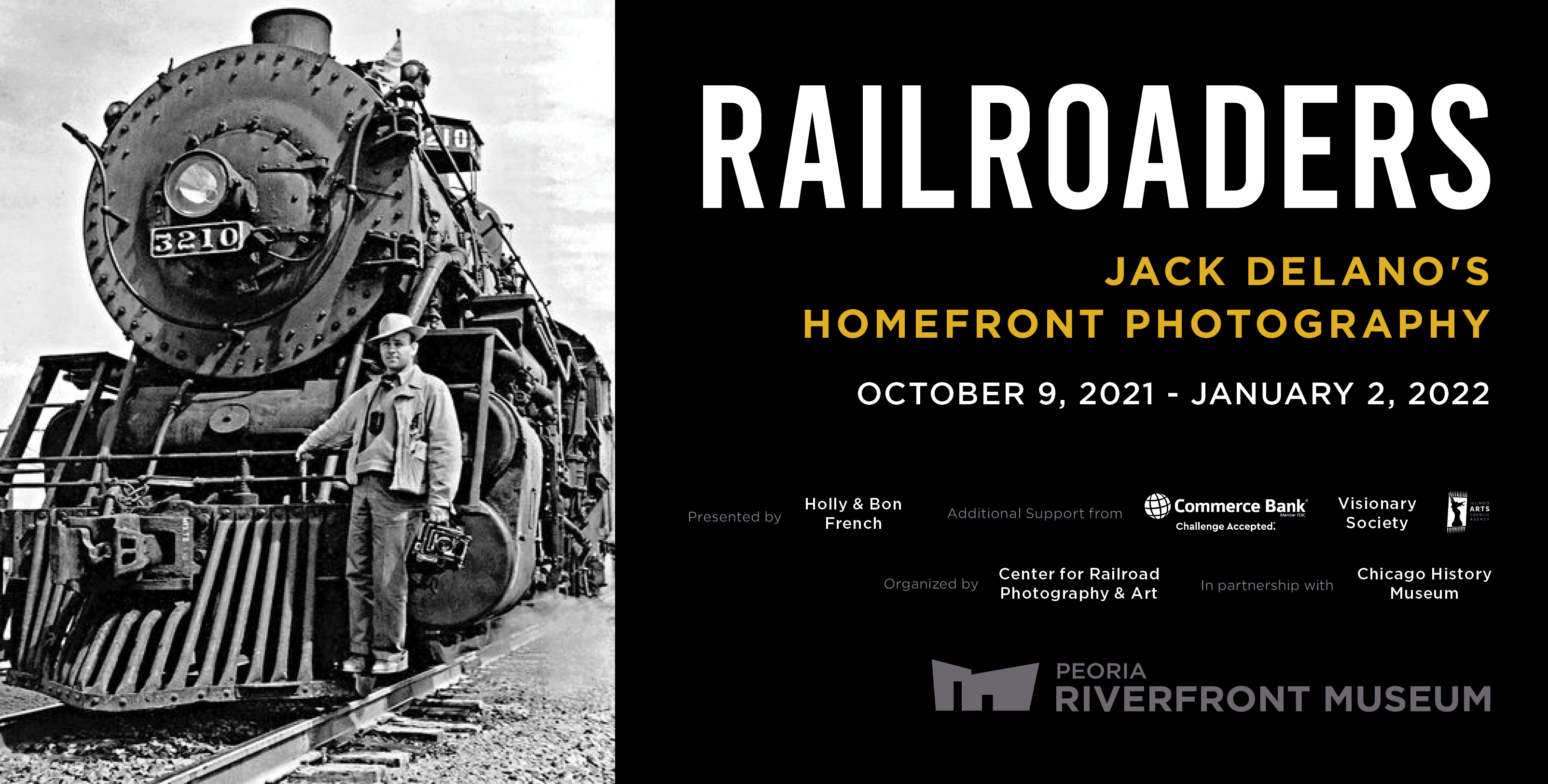 "Railroaders: Jack Delano’s Homefront Photography" takes visitors on a striking visual journey into the 1940s through a series of stunningly beautiful black-and-white and color photographs of railroad workers. Their stories are presented through biographies that were meticulously researched and thoughtfully crafted, providing a rare glimpse into the inner milieu of railroaders and the yards and shops in which they operated.

Photographer and documentarian Jack Delano captured the images during his employment with the Office of War Information. Delano transforms the trials and gritty everyday life of railroaders into a poignant and dramatic story of the Homefront effort during World War II, when railroads were vital to transporting personnel and supplies where they were needed.

Delano’s photographs immortalize the hard work and heroic determination of the men and women, many from recently immigrated families, who were tasked with keeping the nation moving during a very challenging time.

"Railroaders: Jack Delano’s Homefront Photography" demonstrates that the railroad industry fostered its own communities and networks that cut across ethnic and religious lines. Through the stories of the lives of the men and women of railroading, the exhibition demonstrates how the people of one industrial community represent, in microcosm, the vastness of Chicago society and, by extension, American society as a whole.

Along with more than sixty of Jack Delano’s magnificent photographs, the museum presents a special collection of rarely seen railroading artifacts from central Illinois during the 1940s.