How Green Was My Valley

This 1941 masterpiece by John Ford won seven Academy Awards, including including Best Picture (over Orson Welles’ Citizen Kane, and Best Director for Ford, it was nominated for three more. Led by a cast that includes the great Donald Crisp (who steals the picture), a young Roddy McDowell. The supporting cast includes Ford regular Maureen O’Hara. This is one of Ford’s most sentimental films that remember life in the Welsh coal mines. Andrew Sarris said, “More tears were shed over this movie than any of Ford’s others.” Deservedly so. A must see, especially on the big screen.

Ford’s charismatic and best version of the famed gunfight at the OK Corral. This film marked the director’s return to Westerns, after having made only on the previous 20 years. It stars Henry Fonda at his leading-man peak, with his improvised foot-dance on the porch pole one of the most famous in cinema history. Also starring the ill-fated Linda Darnell (on film and in real life) and Victor Mature (as Doc Holliday) before Mature’s name evoked giggles whenever it was mentioned. A film of manner and justice, it was buried in the avalanche that Wyler’s The Best Years of Our Lives produced that year. A rarely seen gem that should not be missed.

Wilder’s follow-up to Some Like it Hot is the best meditation on the difference between love and sex that has ever been filmed. Jack Lemmon stands out as a character looking for one and finding the other; Shirley MacLaine lights up the screen as both the subject and object of his love, or is it sex? And Fred MacMurray plays against type as a rat. Not to be missed!

Love in the Afternoon

Billy Wilder’s 1957 May-December romantic comedy, Love in the Afternoon stars a young Audrey Hepburn, an aging Gary Cooper and an old Maurice Chevalier (in his first non-singing role in a decade) as the unholiest of threesomes. Chevalier plays the father of Hepburn who falls in love with Gary Cooper who is twice her age to say the least. Unusual, with the brilliance of Billy Wilder gleaming in every scene. Wilder was nominated for Best Director by the DGA (Directors Guild of America). 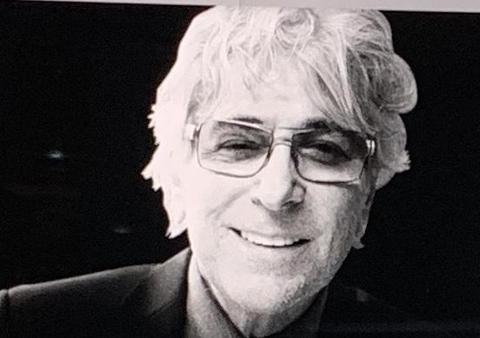 Renowned classical film scholar Marc Eliot is the New York Times bestselling author of 26 books including definitive biographies on Jimmy Stewart, Cary Grant, Charlton Heston, Steve McQueen, Clint Eastwood, The Eagles, and his latest work, The Hag, on Merle Haggard. A New York City native, Eliot began his career as a child actor and student at the High School of Performing Arts and has worked as a musician, television producer and writer for national magazines. He holds an advanced degree from Columbia University, where he was a protégé of film critic, scholar and founder of “auteurism,” Andrew Sarris.