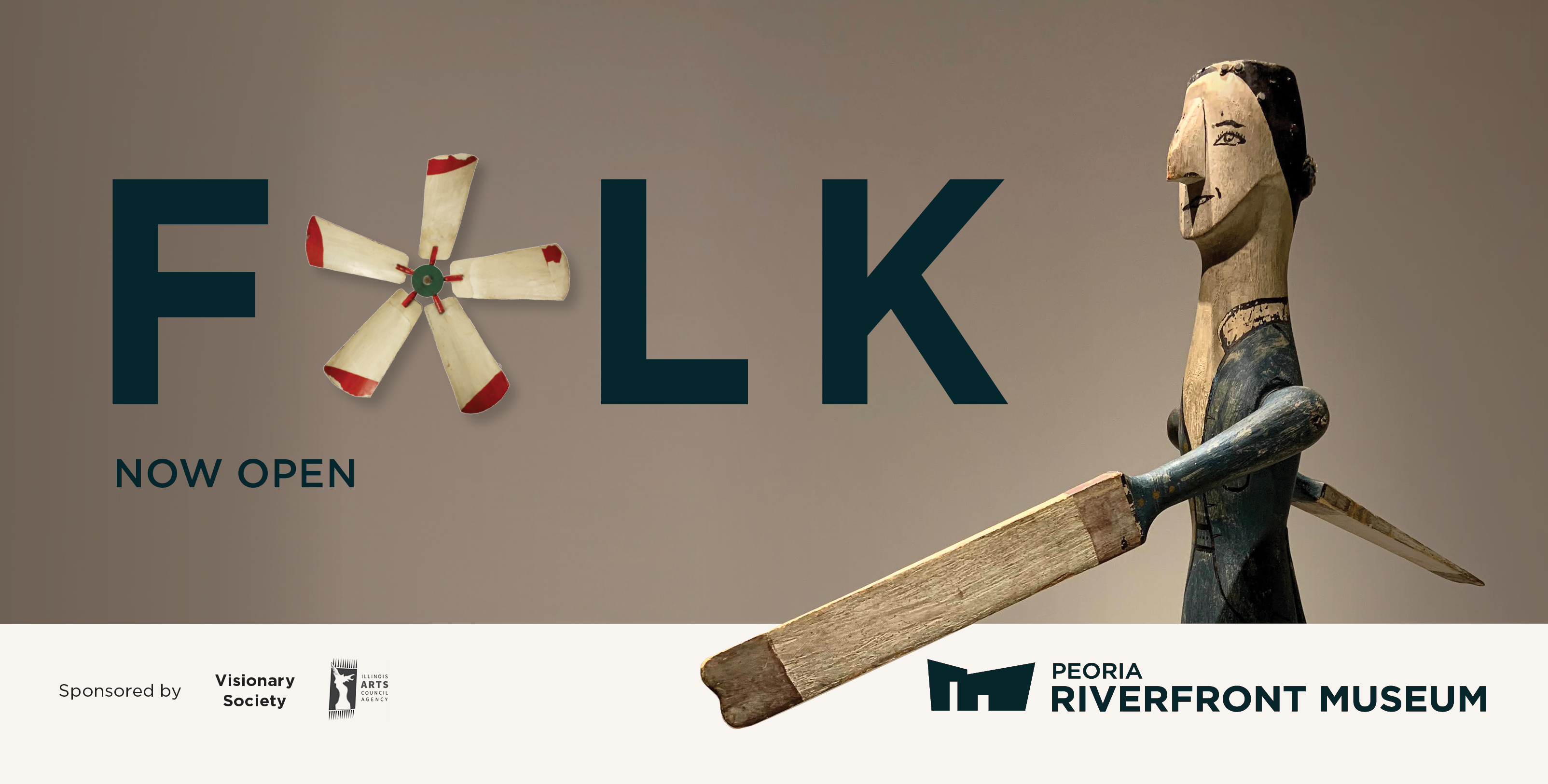 Over five decades, with the steadfast support of pioneering collectors led by the preeminent Illinois folk art collector Merle Glick of Pekin, the Peoria Riverfront Museum assembled more than 600 works of American Folk Art. A sampling of the finest works is on display here as a testament to the originality and expressive genius that has the potential to be unleashed in all people.

Folk simply means people. In a society whose revolutionary founding document begins with “We the People,” folk art is more closely identified with the foundations of American self-reliance and individualism than any other art form. American folk art is “of the people,” authentically reflecting diverse and unique perspectives.

Historically, the term “folk art” is any form of creative expression rooted in cultural traditions and made by common people with minimal to no formal art training. Folk artists were almost entirely self-taught or apprentices who created and embellished functional objects such as hunting decoys, quilts, weathervanes, whirligigs, pottery, trade signs, and paintings to improve their quality of life and express their creative freedoms. The works of these early American folk artists are now highly regarded by museums and collectors for the powerful stories they tell, their inventive formal aesthetics, expressive originality, and historical contributions to American material culture.

This program is partially supported by a grant from the Illinois Arts Council Agency.