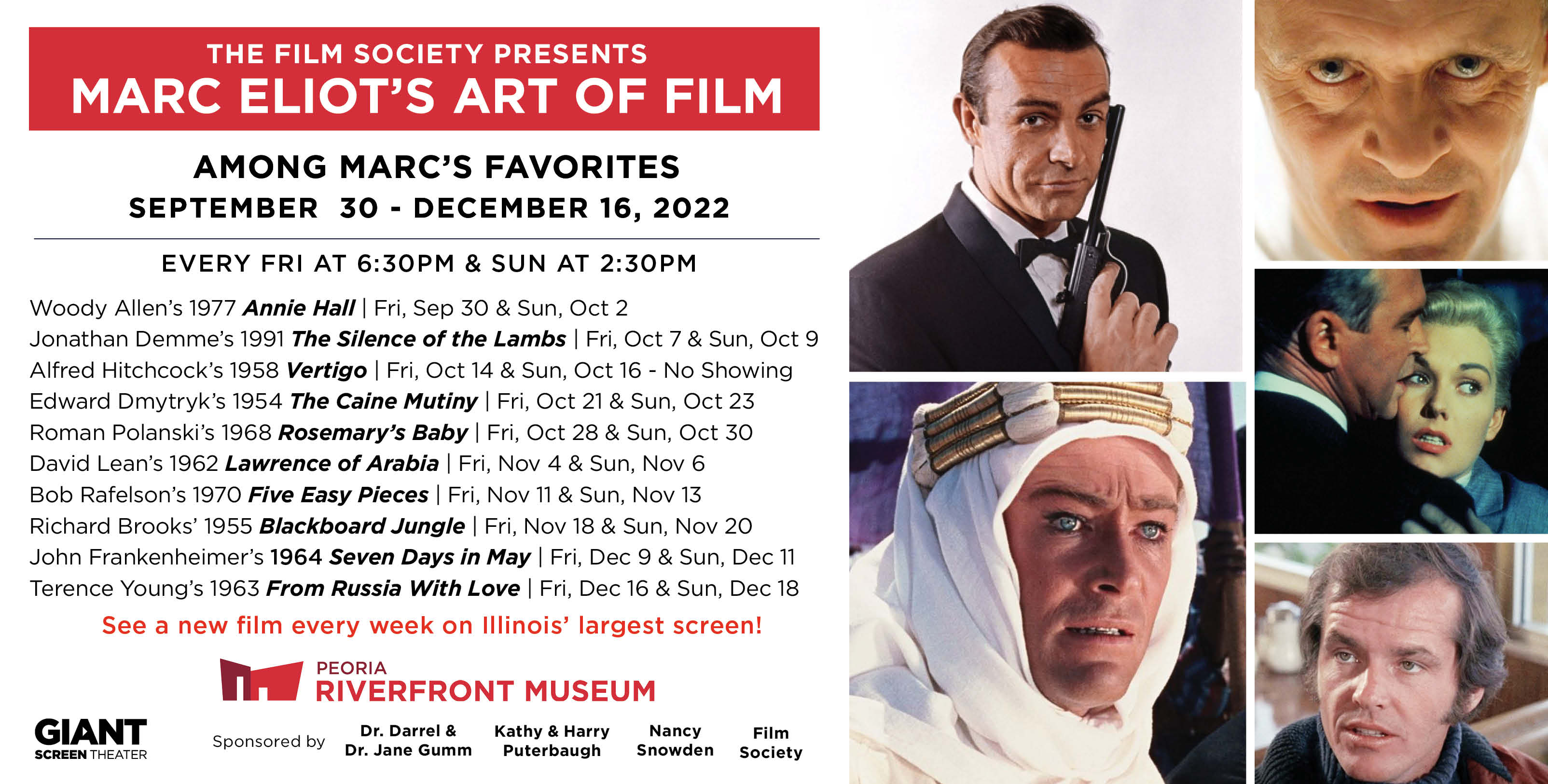 See the Greatest Films on Illinois' largest movie screen, the way they were meant to be seen!

Join New York Times best-selling author, film scholar and historian, and resident film curator MARC ELIOT, for the ART OF FILM featuring the Greatest Films ever released, presented the way they were meant to be seen on the Giant Screen. Marc Eliot personally selects each film, focusing on directorial art and influence (auteur theory), and examines the masterworks of legendary film directors, providing a virtual pre-film introduction and a full post-film discussion for each film.

John Frankenheimer's 1964 Seven Days in May

Terence Young's 1963 From Russia With Love

Jonathan Demme's 1991 The Silence of the Lambs

Eliot began his career as a child actor and student at the High School of Performing Arts. He went on to earn two post-graduate degrees in writing and Film History and Criticism from Columbia University, where he was mentored by the renowned film critic and scholar Andrew Sarris, who brought the French Auteur Theory to America.

A New York City native and resident, Eliot has become a regular visitor to the Peoria region, first serving as artist-in-residence at Eureka College in 2012. He hosted his first "Art of Film" festival, on Alfred Hitchcock, in March of 2019 at the Peoria Riverfront Museum, where he serves as resident film curator.