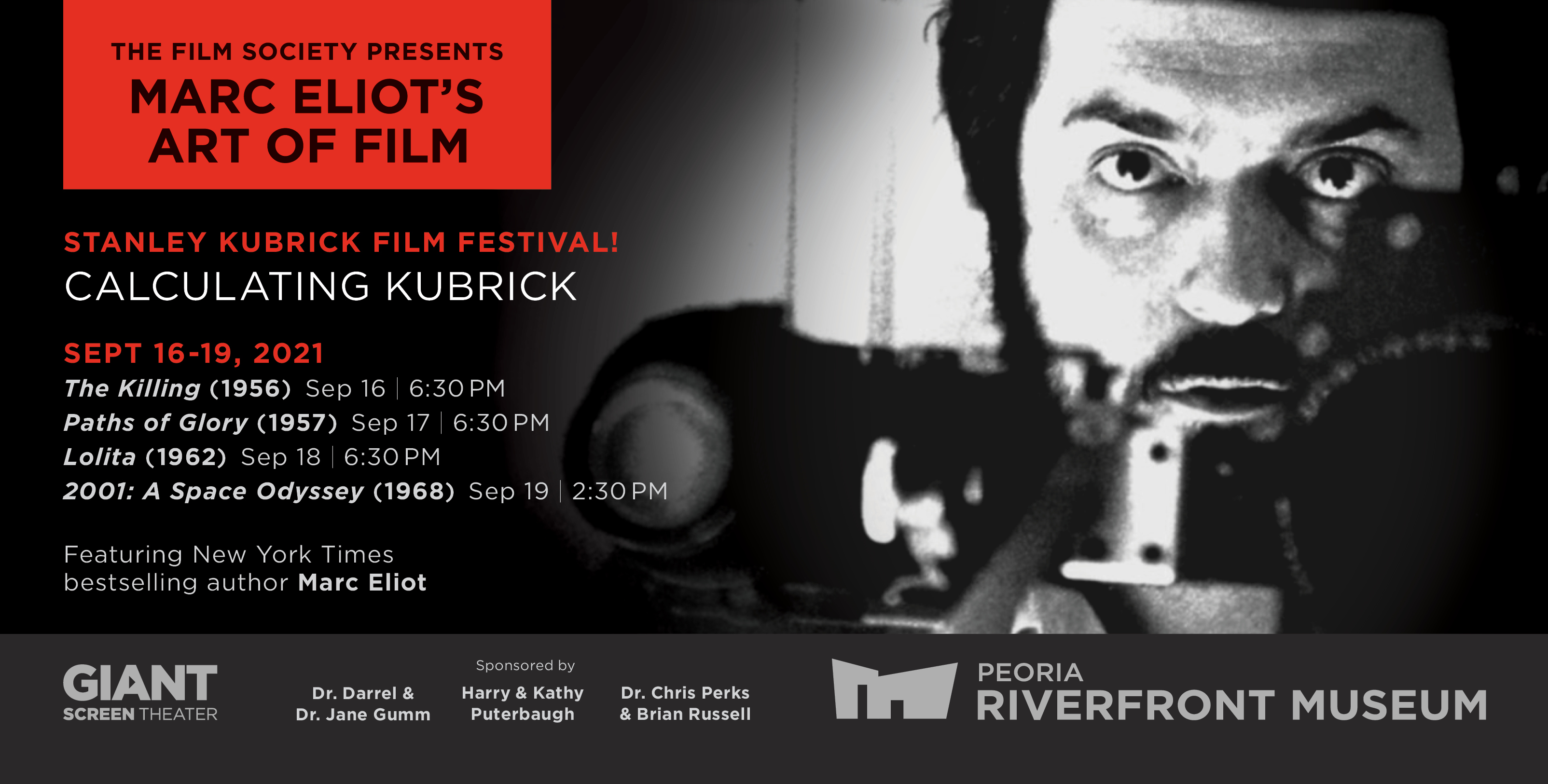 This special festival is an extension of our “Art of Film” series in the Giant Screen Theater with Peoria Riverfront Museum Resident Film Curator Marc Eliot, who is the author of more than two dozen books on pop culture and biographies about Hollywood icons.

Marc Eliot personally selects each of the films in the “Art of Film” series and provides in-depth commentary for each film with an introduction to the film before screening and a full post-film discussion after screening.

In only his third feature, Kubrick turns the heist genre on its head while paying homage to two of the directors who had the most influence on him, Orson Welles and John Huston. Made on a minuscule budget of less than $300,000, the film features one of Kubrick’s (and Huston’s) favorite actors, the scandalously underrated Sterling Hayden. - Marc Eliot