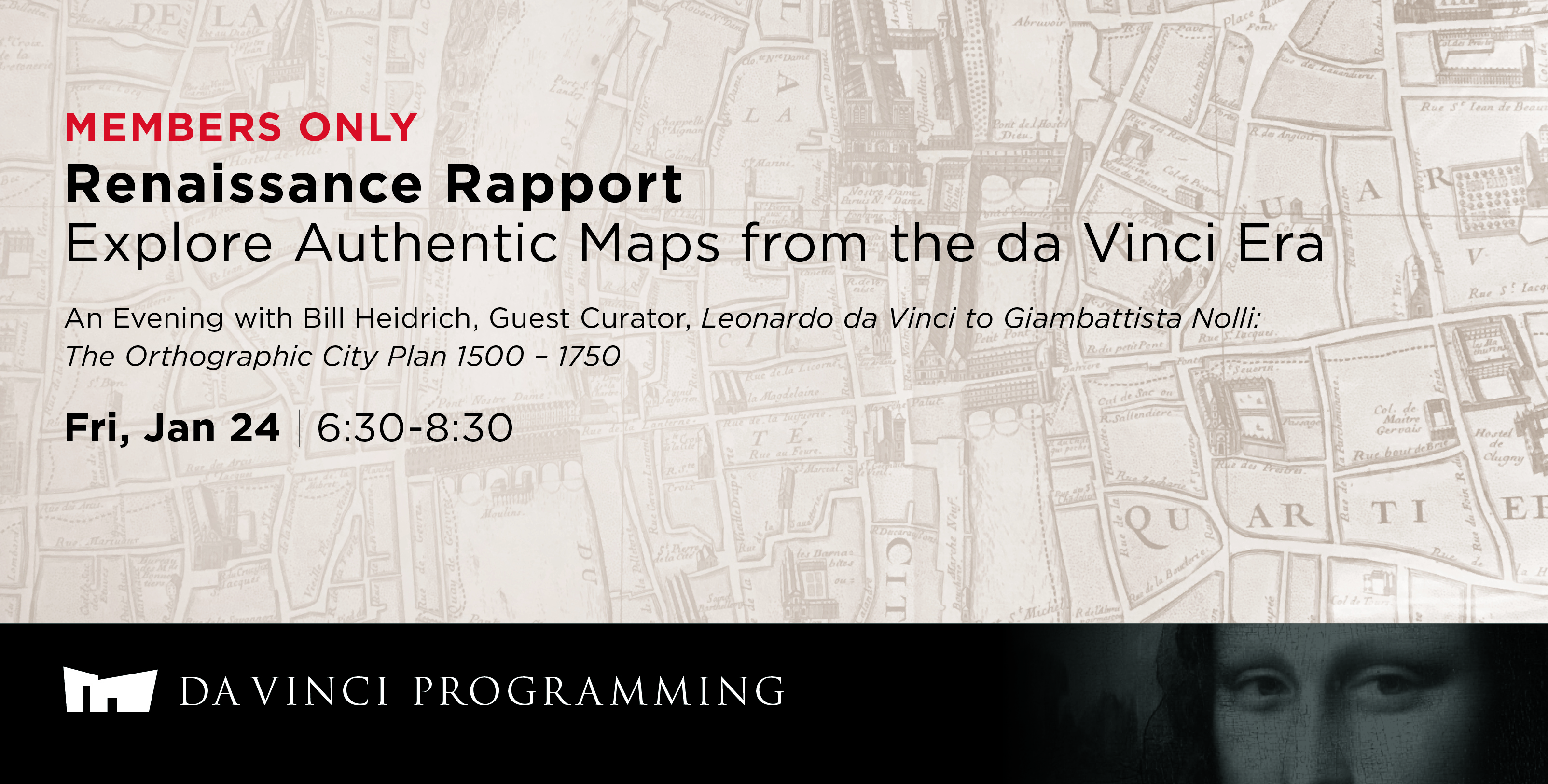 Members of the Peoria Riverfront Museum are invited to take advantage of an exclusive tour with Guest Curator, Bill Heidrich. Immerse yourself in the Renaissance with an in-depth look at period maps in the newest exhibition, "Leonardo da Vinci to Giambattista Nolli: The Orthographic City Plan 1500-1750" and a guided tour of the exhibition, "Da Vinci - The Genius," featuring the world's exclusive "Secrets of the Mona Lisa." Guests will enjoy 90-pt. wine, an exquisite charcuterie board, and a scrumptious dessert tray. This event is for Members Only and spots are limited! $50 Members 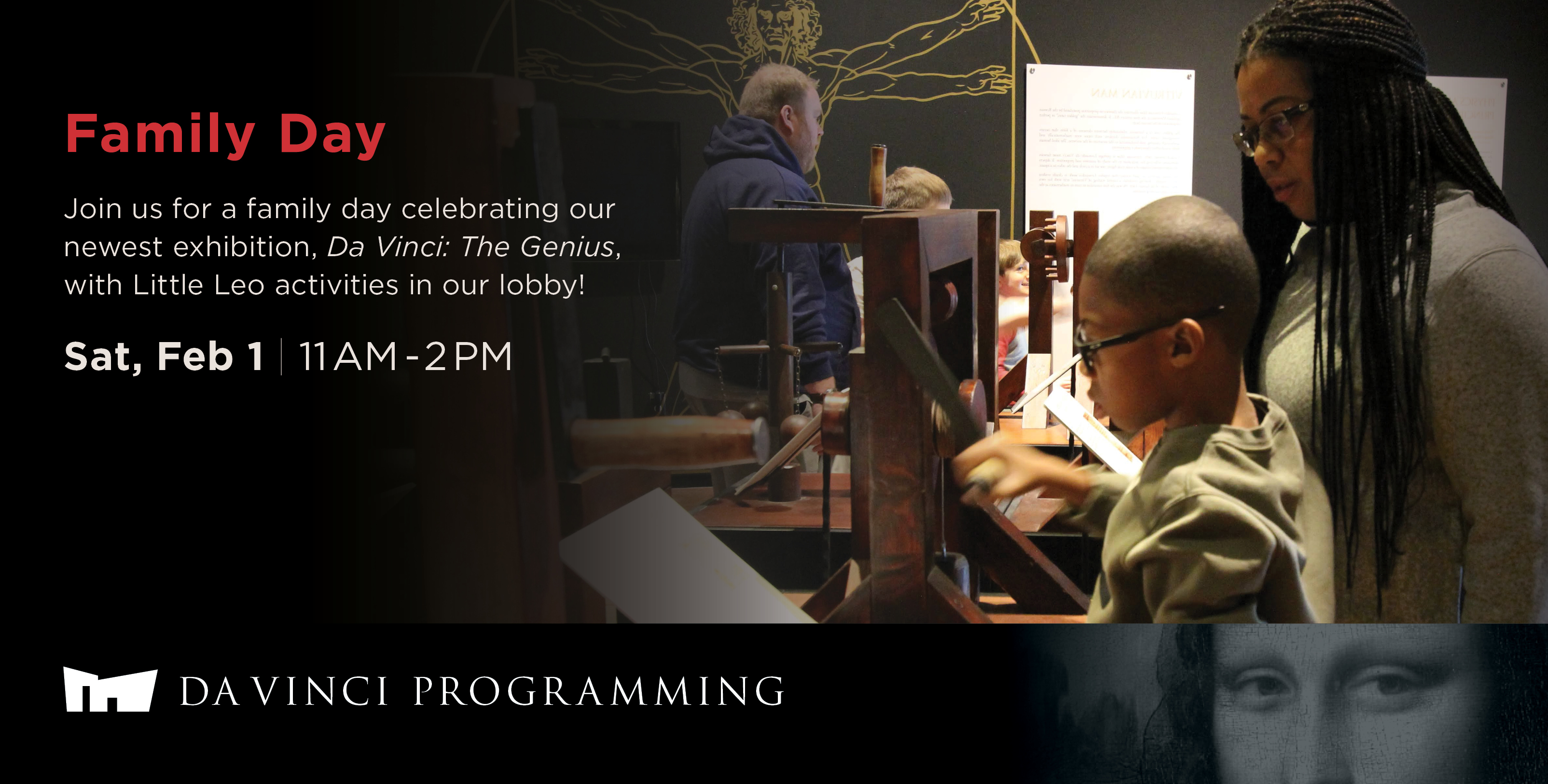 Join us for a fun-filled family day in celebration of the genius, Leonardo da Vinci! Learn all about the Renaissance man with hands-on activities and competitions based around his various inventions. Throughout his life, Da Vinci was renowned for his artwork, but it wasn't until after his death that the public truly began to understand the scientific and technological discoveries he developed during his lifetime. Explore his influence in today's time and discover your inner genius!  *Does not include admission to "Da Vinci - the Genius" exhibition. Free for Members & with General Admission

Pascal Cotte, from Paris to Peoria!

Coming all the way from Paris, meet renowned scientific engineer, examiner, and photographer of fine art, Pascal Cotte, the man who decoded the "Mona Lisa". Learn about the process he invented to photograph the "Mona Lisa", his experiences with Da Vinci's famed work of art, and much more as he shares his story in Peoria's Giant Screen Theater. Pascal Cotte was featured in the PBS "NOVA" special, "Decoding da Vinci." Reception with light refreshments and a book signing to follow in the Grand Lobby.  $10 Members,$15 Public. 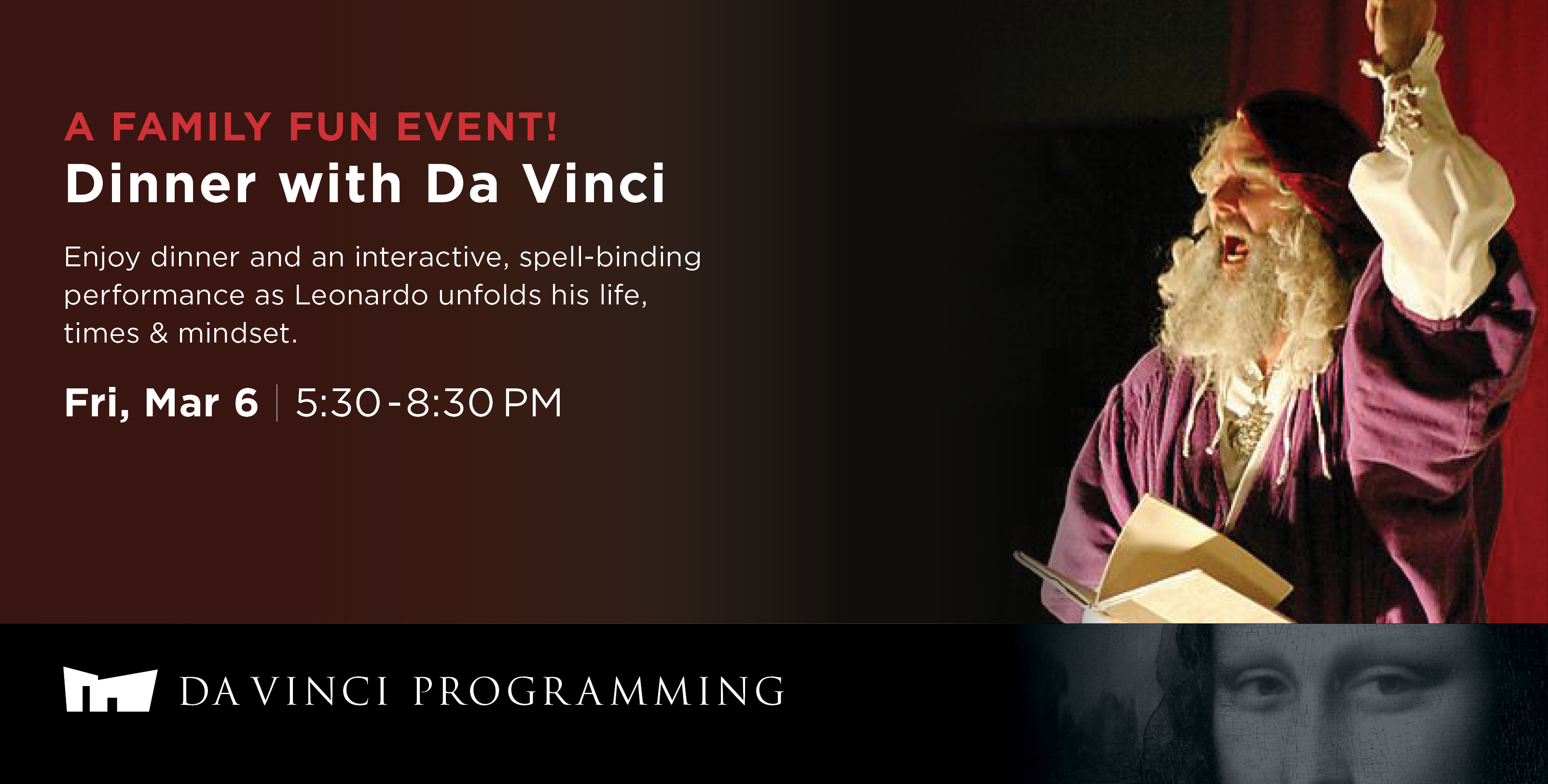