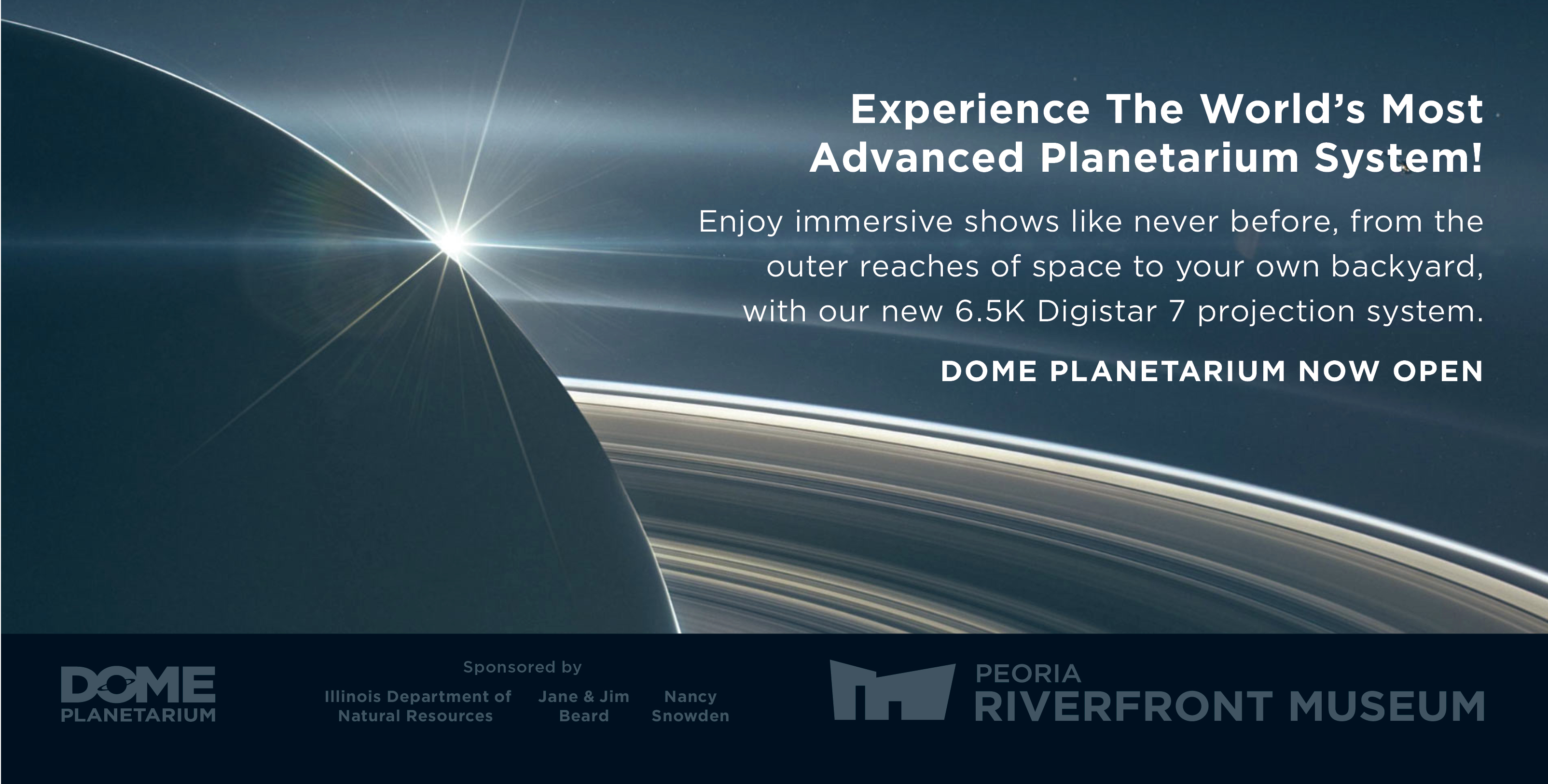 “Our new system will let us fly through the universe, from galaxies thousands of light-years away to detailed explorations of the planets in our own solar system,” said Renae Kerrigan, the museum’s planetarium director and science curator, “We can even explore the Earth, from real-time earthquakes and weather, down to microscopic organisms and subatomic particles.”

The much-needed system replaces the failing five-projector 2K system acquired in 2007 for the museum’s predecessor, Lakeview Museum of Arts & Sciences. Not everything is leaving. The museum’s Zeiss Skymaster star projector, used to recreate a true-to-life night sky, will remain.