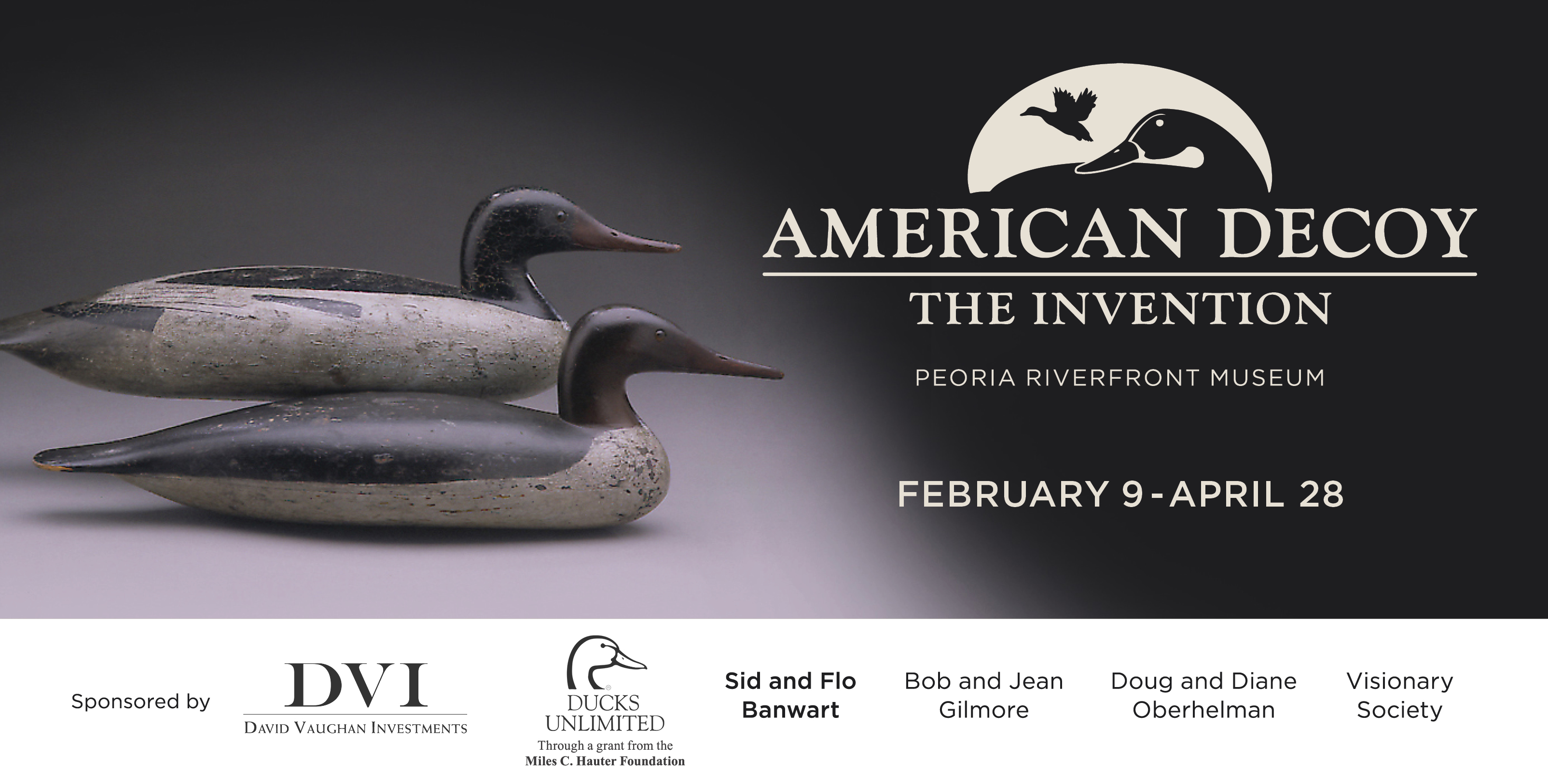 From its earliest history as a device luring waterfowl from the air, the decoy has provided subsistence for nearly a millennia. The trajectory of this ingenious craft has evolved into a sophisticated art form which speaks to hunters and artisans alike.

The museum is excited to showcase the largest in-house curated decoy show in our history, which will highlight decoys from our own collection and many others, including the collections of Tom Figge and the Shelburne Museum! - Bill Conger, Curator, Peoria Riverfront Museum

Waterfowl decoys are a uniquely American invention, first created by indigenous tribes 2,000 years ago to attract much-needed sustenance from the skies. Often called the finest visual art form ever created in the United States, the decoy has become an object of art, history and storytelling, coveted by collectors worldwide.

For the first time ever, in the largest museum exhibition of its kind, the Peoria Riverfront Museum will bring together the world’s most prized decoys from some of its most prestigious and comprehensive collections. Celebrating carving in the Illinois River Valley and beyond, American Decoy: The Invention will include iconic decoys by famous American artists, many of whom lived in central Illinois along the Illinois River, including Charles H. Perdew (Henry), Charles Schoenheider Sr. (Peoria) and Robert Elliston (Bureau).