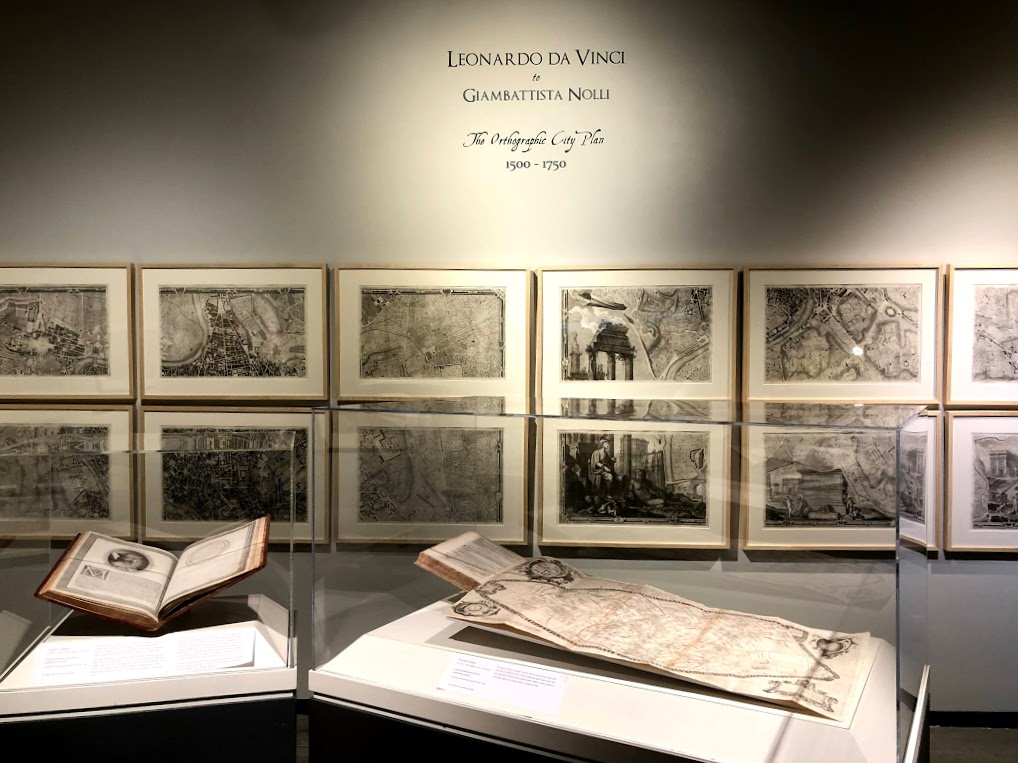 A genius in many areas, Leonardo da Vinci was also cartographer who contributed to the art of map making, inventing the “bird’s eye view” map with which we are all familiar today. In 1502, da Vinci completed the most accurate “orthographic” city plan which is mapped from directly above.

Leonardo da Vinci to Giambattista Nolli: The Orthographic City Plan 1500 – 1750 presents authentic da Vinci-era maps of the most esteemed Italian cartographers on loan from the University of Michigan.

Also featured in the exhibition is a circa 1585 book which features an illustration of a now lost da Vinci portrait.

Leonardo da Vinci to Giambattista Nolli is the first exhibition of its kind to accompany our major exhibition, Da Vinci - The Genius. This exhibition that explores the development of the orthographic process in Italy is exhibited in a newly renovated gallery.