The Sculpture of Ronald Bladen: ANGLE/EDGE/PLANE 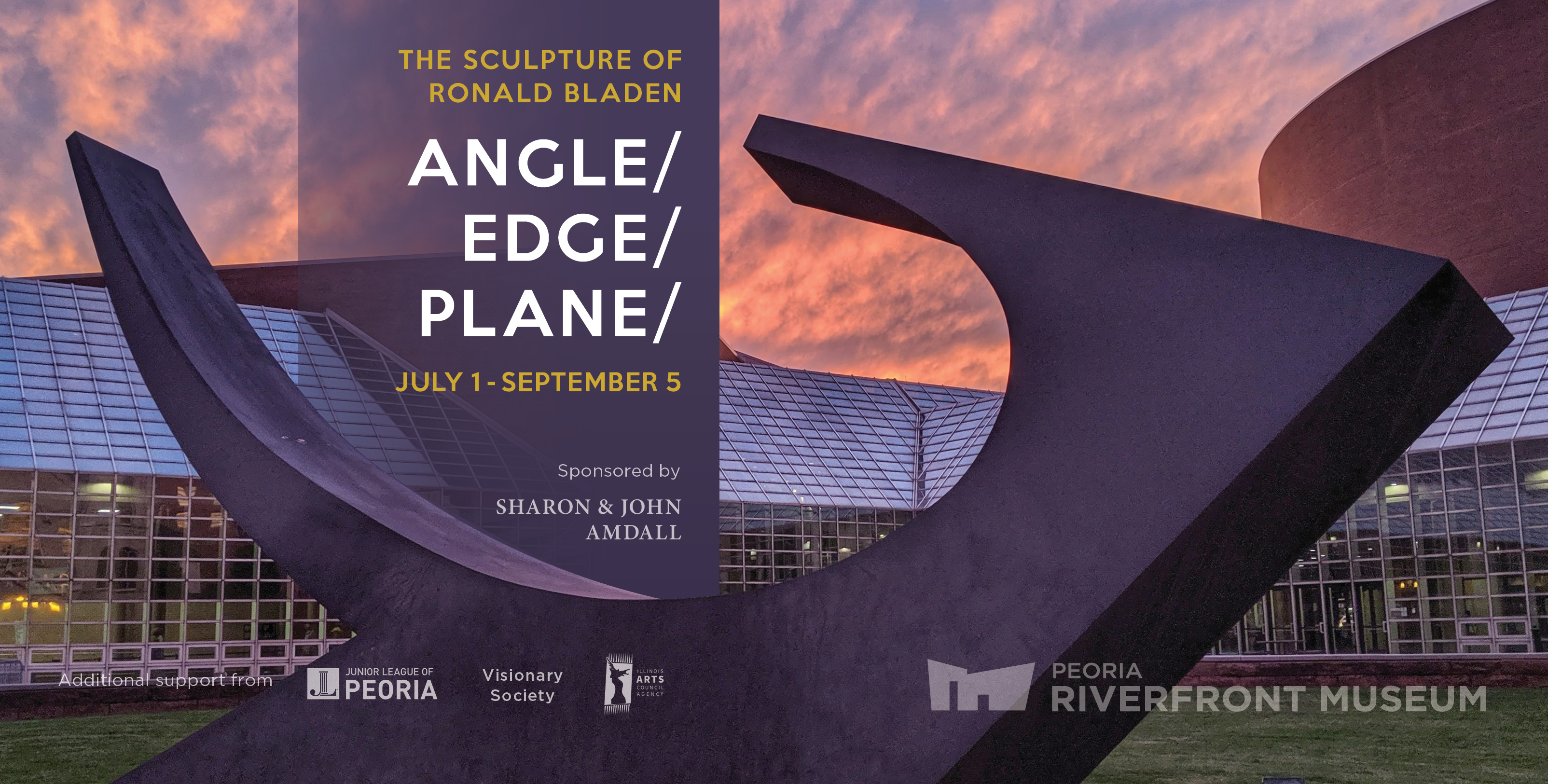 Photo detail: Ron Bladen, Sonar Tide , 1983, gifted by the Junior League of Peoria to the City of Peoria.

The Sculpture of Ronald Bladen: Angle/Edge/Plane

Gifted to Peoria by the Junior League of Peoria in 1983, "Sonar Tide" by renowned sculptor Ronald Bladen (1918-1988) is the most recognized public sculpture in the region. In celebration of Sonar Tide, which was Bladen’s last and largest commissioned work, Peoria Riverfront Museum is pleased to bring a collection of models, drawings, and photographs from the estate of Ronald Bladen and the Loretta Howard Gallery in New York, as well as a preparatory image from Harvard Art Museums. This exhibition highlights Bladen's practice as a sculptor who is credited with influencing major Minimalist sculptors such as Richard Serra, Donald Judd, and Sol Lewitt.

View the video on Sonar Tide produced in partnership with WTVP HERE!