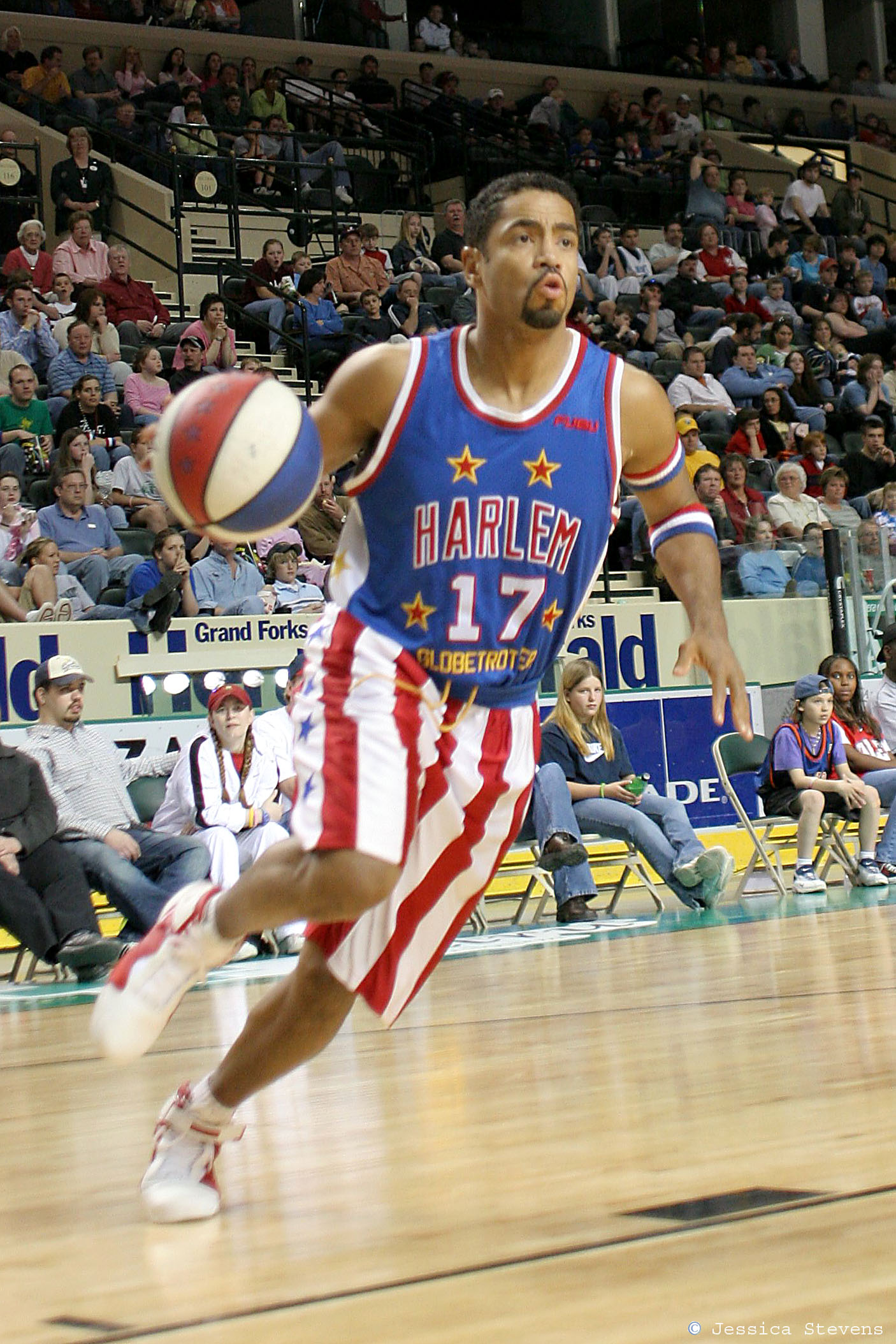 Celebrate the achievements of hometown hero and former member of the Harlem Globetrotters Curley "Boo" Johnson - whose legendary ball-handling skills remain some of the greatest ever and earned him the Globetrotters title of "The Worlds Greatest Dribbler."

All items are on graciously loan from Curley Boo Johnson.

Curley "Boo" Johnson is a member of the world-famous Harlem Globetrotters (ret.) who played 18 seasons from 1988-2007 performing his legendary ball-handling style on six continents and in 94 countries. Johnson inherited the role of dribbling wizard made famous by Marques Haynes and "Curly" Neal and became known as "The World's Greatest Dribbler."

Johnson was a member of the team that participated in the enshrinement ceremony when the Globetrotters were inducted into the Naismith Basketball Hall of Fame in 2002. As a Globetrotter, Johnson has had the privilege of meeting Pope John Paul II at the Vatican, Mother Theresa and South African President Nelson Mandella.

A native of Peoria, Illinois, Johnson attended Peoria Central High School and gained all-American honors at Spoon River College in which he was 7th in the nation in shooting. Johnson was also on the college's student senate and was the student representative to the college board of trustees. Johnson earned a marketing degree while playing at Loras College in Dubuque, Iowa, and became the first athlete to have his jersey retired.

Johnson was nicknamed "Boo" by his father, Curley Johnson, Sr. - who was one of the first black players to play for Bradley University, leading them to a national title in 1957, and who also played for the Harlem Globetrotters.

Since retirement from the Globetrotters, Johnson has been on the speaking circuit receiving standing ovations nationally. He has his own basketball academy and camp and trains some of the top names in the NBA. Johnson starred in the film "Hood" (2015) and portrayed a sports agent in "Midrange" (2014). Johnson also played a cameo role in the Adam Sandlers film "Little Nicky" (2000).