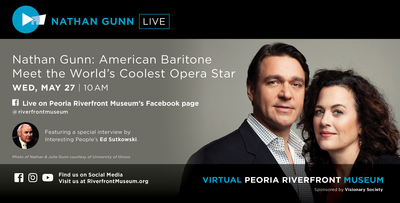 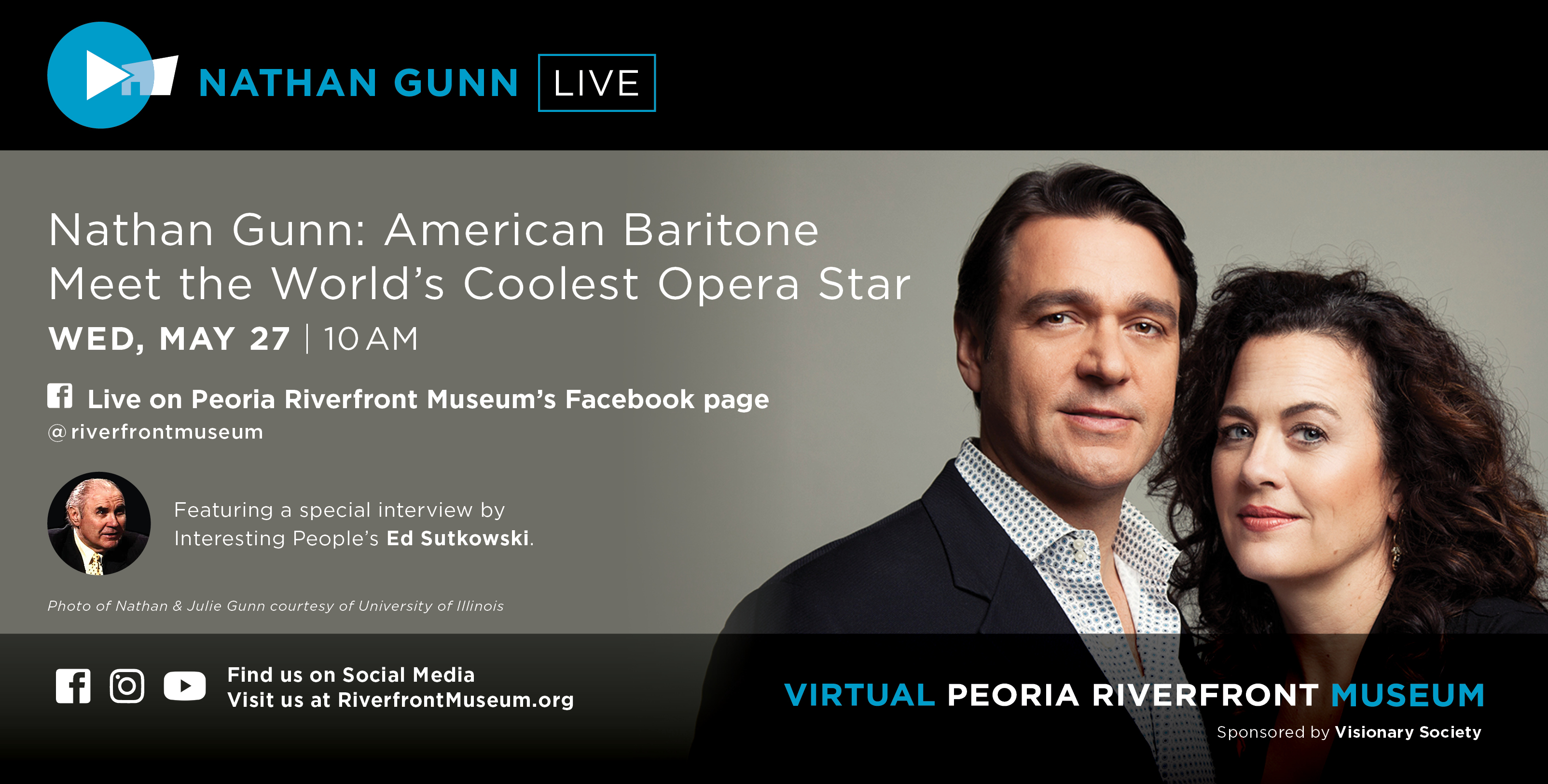 Nathan Gunn commands an operatic baritone whose mighty heft and richness confer an outsize authority on everything it touches ...
--The New York Times

Nathan Gunn is widely acclaimed for his diverse performing career bridging the genres of opera, musical theatre, and recital. The Indiana native and University of Illinois professor is a respected artist, musician, and singing actor. Gunn has performed many of opera and musical theater’s greatest roles on the world’s most prestigious stages. He has also appeared on television, radio, video, and live simulcast performances, including the first ever Met in HD broadcast ("The Magic Flute"), in which he sang Papageno, one of his signature roles. Gunn has reinterpreted other classic roles such as Billy Budd, Figaro, and Don Giovanni, garnering many awards, including the Grammy Award for Best Opera Recording (Billy Budd) and the Metropolitan Opera’s first ever Beverly Sills Award. He is widely acclaimed for his ability to crossover into musical theater, including performances with the New York Philharmonic in Carousel and Camelot, as well as a televised celebration of Stephen Sondheim’s 80th birthday. Nathan has frequently collaborated with many stars of musical theater, including Mandy Patinkin, Kelli O’Hara, Audra McDonald, and Kristin Chenoweth. He teaches at the University of Illinois with his wife and artistic partner, Julie Jordan Gunn. Nathan Gunn is a third generation University of Illinois alumnus.