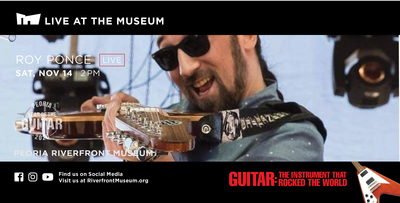 LIVE at the Museum | Roy Ponce 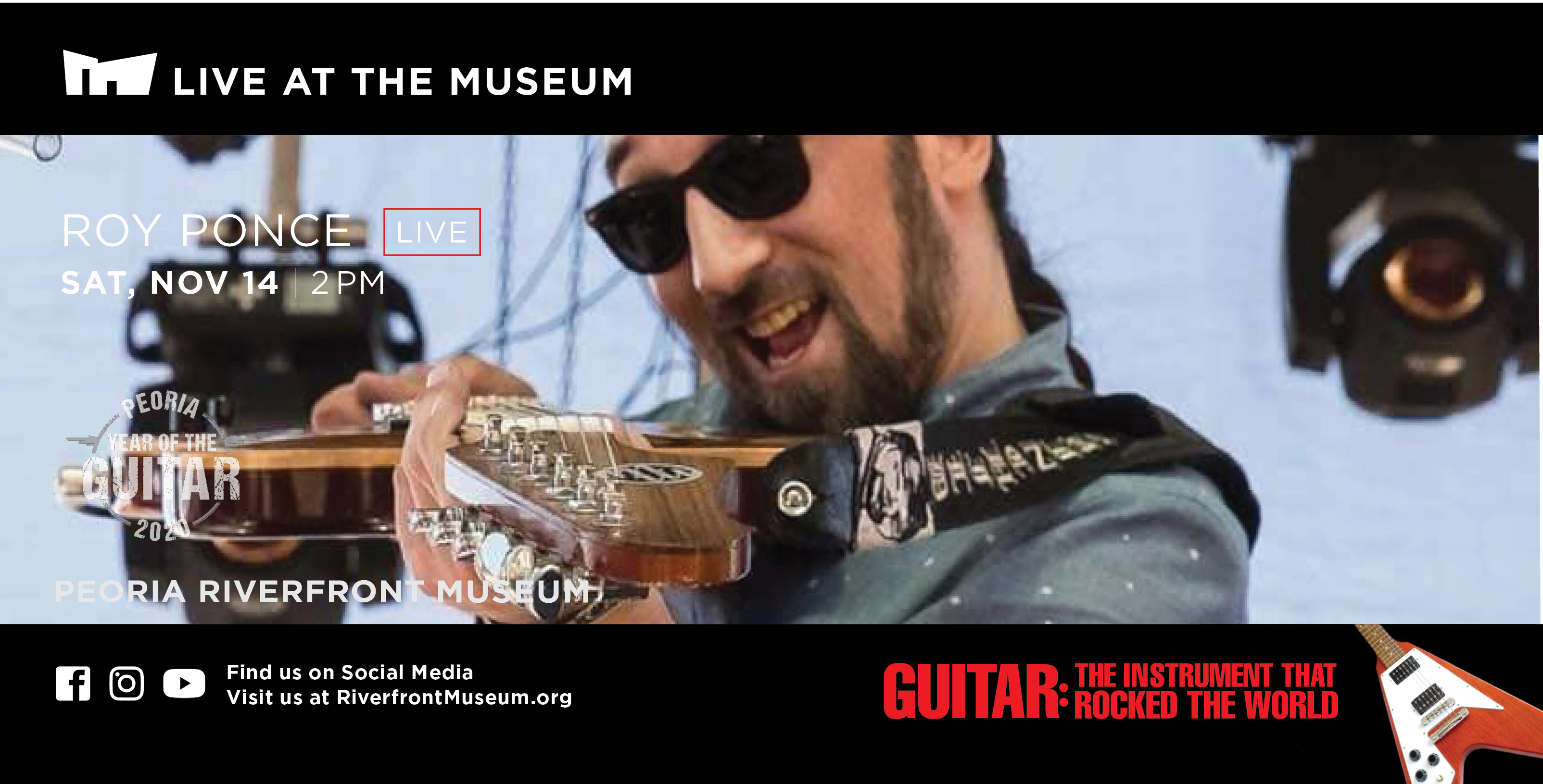 LIVE at the Museum | Roy Ponce

Peoria-based guitarist Roy Ponce, 37, has been playing guitar for 23 years. He's self-taught, starting at age 13 by listening to songs on the radio. By 17, he played the Peoria Blues Festival. In 2003 he started the band Brainchild with fellow guitarist Jake Schultz. They have played The Summer Camp Music Festival for 15 years, plus many others around the U.S. They have two albums, One Word and Cosmic Celebration. While touring, he's sat in with Victor Wooten, Umphrey's Mcgee and many others. While growing up his mom was the secretary of the Peoria Blues Society and in high school he played in a band his Uncle Roy sang in. He's been teaching guitar and bass for over 10 years at Flores Music and in 2010 got a sponsorship with Marshwood Guitars in Golden, Colorado which included a custom-made guitar. Over the years he's accumulated ten guitars and loves to play blues, funk, and jazz. Some of his favorite guitarists include George Benson and Jimi Hendrix. Other instruments he likes to play are bass, drums, and keyboards.